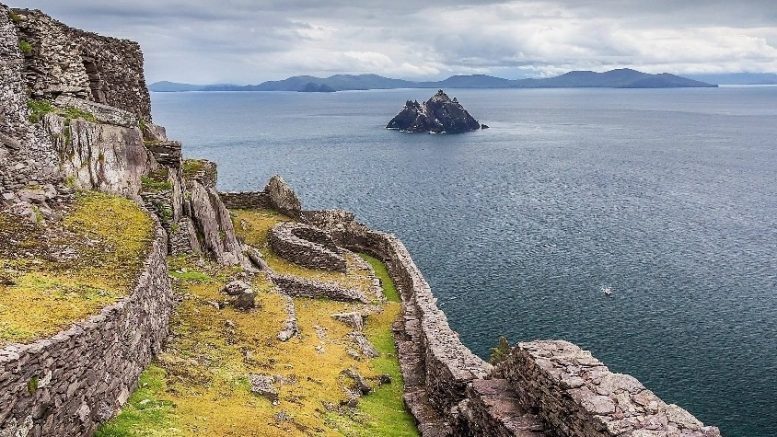 County Kerry – Chiarraí in Irish is in the south-west corner of Ireland along the Wild Atlantic Way. Kerry had a population of 147,554 in the 2016 census. Kerry is in the province of Munster and the main town is Tralee. Kerry is the 5th largest county out of the 32 counties in Ireland by area and 15th largest by population. It is well known for its natural beauty with rugged terrain, festivals and historical sites being popular tourist attractions.

Kerry is also known as “The Kingdom” which dates back to 65 AD when one of the O’Connor clan had control of the area. Kerry’s motto translates to “Cooperation, Help, and Friendship.”

The crown at the top of the County Kerry crest has crosses on either side of it which represent the monasteries of Ardfert and Aghadoe.  The blue and white in the centre symbolises Kerry’s mountains and the boat to recognise St. Brendan the Navigator one of Kerry’s most famous sons. St. Brendan was a sixth-century monk who spread the gospel throughout Ireland and beyond. The patron saint of sailors was legendary for his ocean voyages. There is a statue of him at Fenit Harbour where he is seen pointing out over the Atlantic ocean. Some believe his travels made him the first European to visit North America, hundreds of years before the Vikings.

Skellig Michael is named after the archangel Michael. “Skellig” is derived from the Irish language word “sceilig” meaning a splinter of stone. The island was used as a location for a new Star Wars film which has made it a popular tourism destinations for fans of the movie. Skellig is home to remarkably preserved monastic settlements which date from the 6th century.

The coast of Kerry near Waterville suffers from little light pollution, making it ideal for stargazing. Charlie Chaplin the famous movie star loved Kerry so much that every year he came with his family to visit Waterville for his family holiday. The town was thrilled to have the endorsement from the film star and erected a statue in his honour.

Carrauntoohil, in the MacGillycuddy Reeks range, is Ireland’s highest mountain, standing at 3,406 feet and offers breath taking views. The reeks stretch across 12 miles of the Kerry landscape.

Kerry is home to Irelands oldest thatched house, situated near Listowel it was built over 300 years ago and has stood the test of time. The house is a traditional rectangular shape with three bay windows.

Valentia Island became the Eastern terminus of the first commercially Transatlantic Telegraph Cable in 1866. It stretched from Valentia to Newfoundland and operated for one hundred years. Prior to this it would take approx. 10 days to deliver a message via ship from Europe to America.

Puck Fair is Ireland’s oldest fair starting over 400 years ago and takes place every August in Killorglin. Poc is Irish for a male goat and every year, a wild mountain goat is captured and crowned king of the fair by a local school girl who becomes the queen. The goat is released back into the wild on the third day of the fair known as Scattering Day. 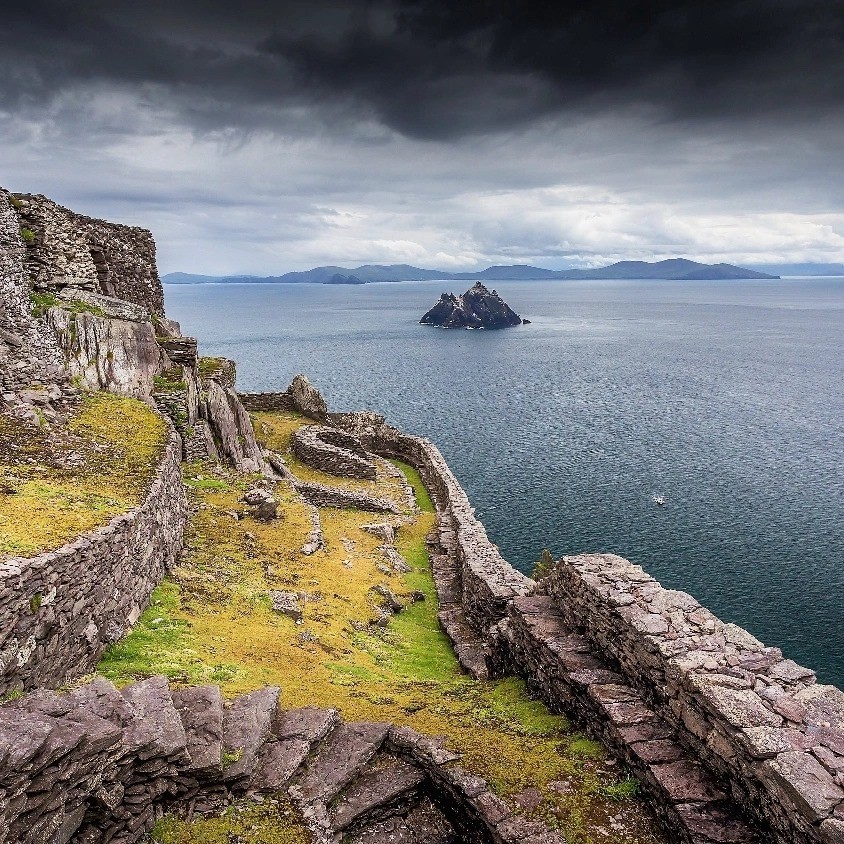 Be the first to comment on "Interesting facts about Kerry"