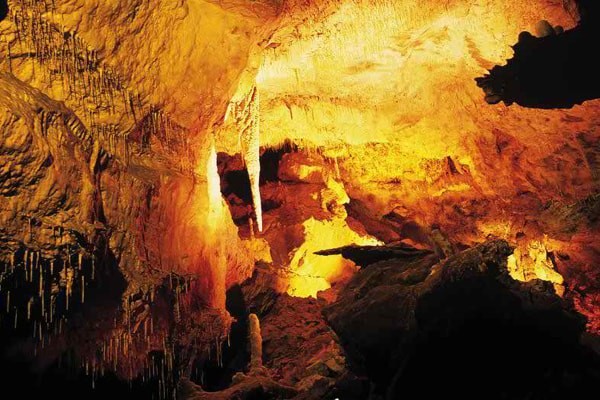 Crag Cave is a cave in Ireland, located just outside Castleisland,County Kerry. Formed in elevated limestone rock, the system extends to 3.8 kilometres (2.4 mi) of surveyed passage, on two levels. It is the 7th-longest cave system in the Republic of Ireland, and the 10th-longest in the whole of Ireland. While the Geological Survey of Ireland in 1859 acknowledged the presence of "caves worn by water, some of which can be traversed for some distance," positive efforts at exploration were not made until 1981, when the upper part of the cave was explored to a sump, named the "Green Lake". When hydrological testing of water both in the cave's active streamway and in the sump showed that the two were chemically distinct from each other, it was postulated that the sump was only "perched" above the water table and that further dry passage might be found on the far side.