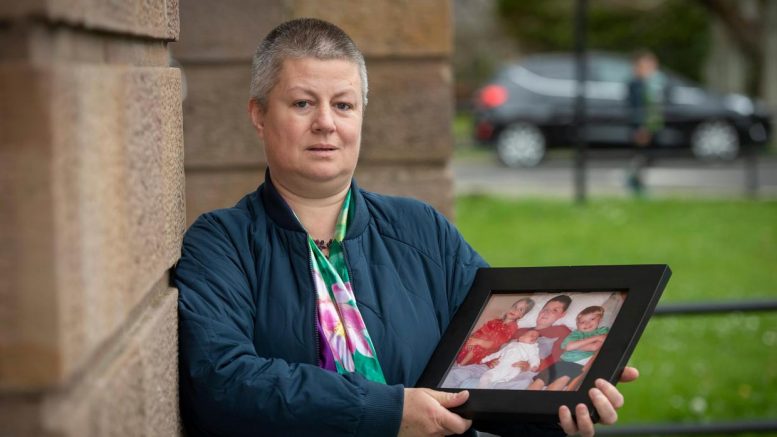 David Tobin developed muscular dystrophy when he was eight years old. Quiet but observant, once he got to know you, he usually liked you. That was David’s way – always funny and engaging.

avid suffered from painful contractures of his hips and knees. His mother, Gillian – his beacon of love and protector – would place a soft pillow under his knees to comfort the pain.

David took ill one morning as Gillian was adjusting her baby’s cot. He suddenly appeared at the bedroom door saying he couldn’t breathe. Gillian rang for an ambulance, and David was immediately rushed away.

She knew intuitively things were bad. When officially told that David’s chances of pulling through were not good, her world changed forever. David died just three days after being admitted to ICU, aged 14.

“I just knew it. I had a great family support worker, and I rang her. I told her to tell me straight out. She said more than likely David won’t come out of it once he is ventilated,” Gillian said.

“Then a nurse came out and I told her I needed to check his legs. She let me in and there was nothing under his knees. I swear to God, that nearly broke my heart. He did come around a small bit and say, ‘fix my legs’. You don’t ever want your child to be afraid or to be in pain.”

David died 17-years-ago, and Gillian still relives those days over and over again in her mind, clear and concise in their sadness.

She explains how the days surrounding David’s death will stay with her for the rest of her life, like an emotional anchor keeping her grounded in the heart-breaking reality of losing a child.

Death is something we mistakenly believe is linked with aging and the culmination of a life well lived. When a child dies it alters our evolutionary understanding of life’s pathway. We cling to notions that a child should outlive a parent, even if we know it isn’t always so. Gillian faced what is every parent’s worst nightmare.

“Your own role changes as you are there to look after your child, all of a sudden you are left floundering. I’ve met people that are caring for someone who is sick, often a child, and when they die, everything stops. For example, the home help stops, these are people you get to know and have a relationship with. All that goes,” said Gillian.

No one fully recovers from the death of someone they love. Instead, an inner coping mechanism starts to develop and we learn to structure our lives around the gap that has been left.

“Even though I had three other children to look after, I can tell you the days after were a blur. You shut yourself off and create a safety net around you. You do what you have to, but you won’t budge outside your close circle. I did that for about four years but didn’t actually realise I was doing it; it’s a protection thing that people do after someone dies,” she says.

Gillian has since completed courses on bereavement and counselling. A short time after, Anam Cara entered her life and it remains a huge support to her ever since.

Gillian said talking to someone is often the hardest thing to do because of the sensitivity and trauma involved. Anam Cara helped her overcome this.

“You learn to live a new way under the realisation your life is never going to be the same again. You live a new normal. As time goes on you get a little bit better every time. The time varies for everyone,” she said.

“Even when certain songs come on the radio now, I’m immediately reminded of David. ‘She Hates Me’, by Puddle of Mud, is a song that is a tripwire of memory for me. I went into his room one day and he was there with his friends singing along to this song, it was hilarious,” she laughs.

Anam Cara was set up by bereaved parents, who, like Gillian, understand that we don’t live in an ideal world, but a world in which precious children often die before their time.

“It was Ross O’Connor in Enable Ireland, who helped out with David, that told me about it. They were starting up in Tralee and when they got the meetings up and running, they approached me to ask if I would help out with them, and I have,” she said.

“You see all these new faces coming in and it’s the freedom of being in a safe place and being able to talk about your child. People have an expectation that you should be over it, that doesn’t happen.”

Gillian continues: “You never get over it, you live with it. Your child is always there…there is so much benefit to be had from support groups like Anam Cara. You are meeting people who have the same experience as you. They have all lost a child and they are there to listen. You don’t even have to say anything, just to listen. I go to meetings, and I’m still surprised as you learn so much from others, even about yourself.

“Anam Cara also have a professional in the room in case someone needs extra support. The meetings give you a sense of purpose; there is validation for your feelings by sharing them during an Anam Cara get together.”

In Pictures: Fun for all at Ballyheigue parade