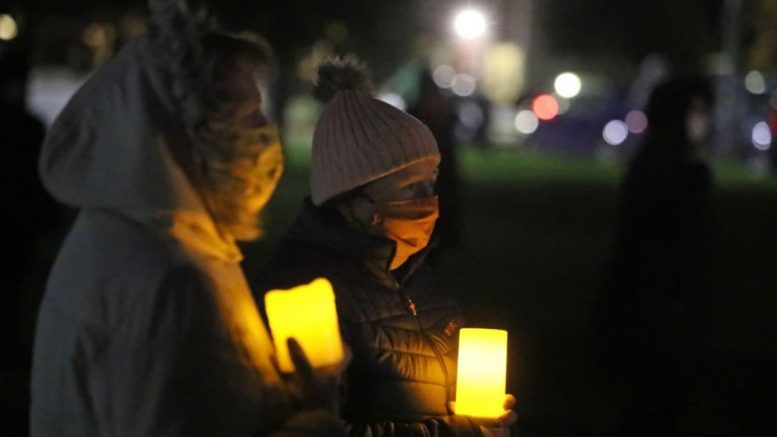 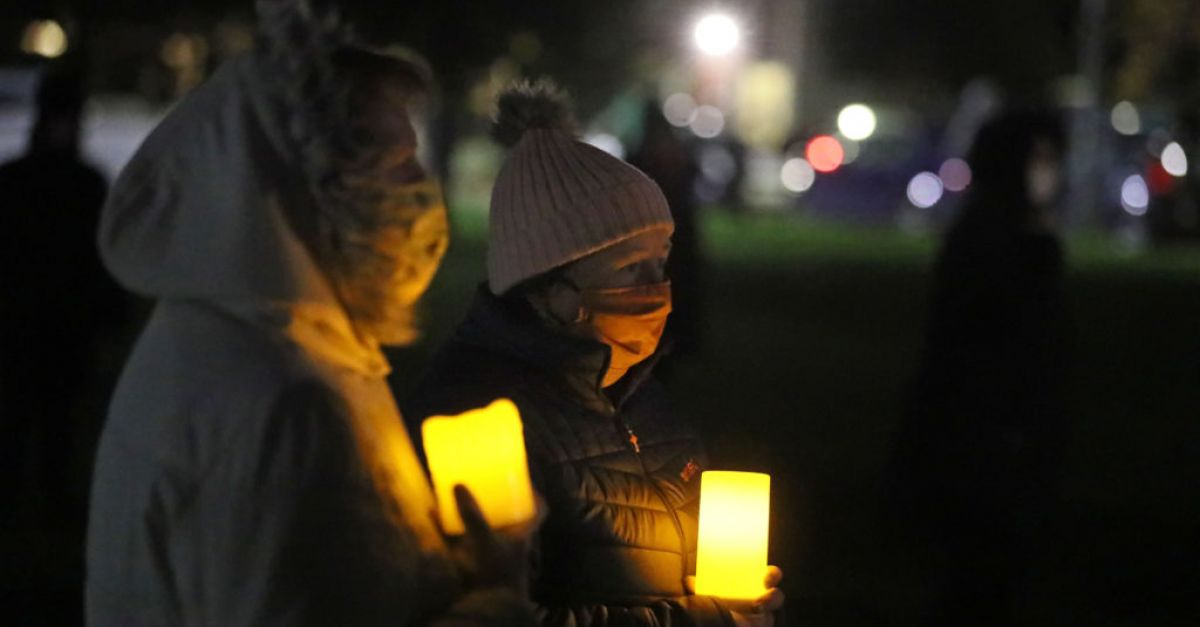 A candlelit vigil has been held as the bodies of a woman and two children were removed from a house in south Dublin this evening.

Gardaí are investigating the deaths of a mother and her two children, an 11 year old girl and a six year old boy.

A house in Ballinteer has been sealed off and gardaí are investigating if foul play was a factor in the deaths.

An ambulance arrived at the house on Wednesday evening to remove the bodies with about 200 people later holding a vigil for the woman and her children on the main green area on the estate off Llewellyn Lawn, according to the Irish Times.

The impromptu memorial described as “a Dublin community struggling to make sense of what had just happened in their midst” saw those attending leave their candles under the largest tree on the park.

Mary Byrne of the local residents’ association said she and the others present had come because they felt they needed to be together to remember the family.

“We didn’t know them very well, they were private people,” she said.

“We just said we have to be here together for them. There is a lot of emotion, it’s just very sad,” she said.

A private ambulance leaving the scene in the Llewellyn estate in Ballinteer, south Dublin, following the discovery of bodies of a woman and two young children.

Gardaí believe the bodies of the three victims may have lain undiscovered for a number of days.

Gardaí also said they have established contact with the woman’s husband and father to the children on Wednesday afternoon and that he is speaking to the investigating team.

It is understood all of the resources of a murder inquiry have been committed to the case pending the outcome of postmortem results.

In a statement issued this afternoon, gardaí said: “Gardaí from Dundrum Garda Station responded to a call at Llywellen Court, Ballinteer shortly before midday today.

“On arrival at the scene Gardaí discovered the bodies of a 37 year old female and two children, an 11 year old girl and a six year old boy.

“Garda have commenced an investigation into the circumstances of the unexplained deaths of all three persons.”

The woman and her husband had lived at the house for some time and were not originally from Ireland but had long settled in the Republic.

Early indications suggest neighbours became concerned for the welfare of the woman and her children and raised the alarm.

In a statement, gardaí said: “Investigating Gardaí are aware of comments circulating on some social media platforms.

“These comments are uninformed and unhelpful to the criminal investigation.

“An Garda Síochána appeals to members of the public not to circulate this social media speculation.”

Forensic officers at the scene in the Llewellyn estate in Ballinteer, south Dublin, following the discovery of bodies of a woman and two young children.

The house has been designated a crime scene, the services of the Garda Technical Bureau have been requested and the scene will undergo a technical examination.

The Office of the State Pathologist has been informed, and the remains of the woman and her children were still at the scene on Wednesday afternoon where they were expected to undergo a preliminary examination by a pathologist later in the day.

Neighbours became concerned for the welfare of the woman and her children late on Wednesday morning and they went to investigate at the semi-detached house in an estate close to Marlay Park.

Some local people said there were reports locally of noise coming from the house, including screaming, on Tuesday night.

Late on Wednesday morning, when concerned neighbours were unable to contact the woman and their calls to the house were not answered, the Garda was contacted.

Garda members, including armed officers, forced their way into the property early on Wednesday afternoon and found the woman and her two young children dead.

It is understood the children were found dead in a bedroom and that the woman’s remains were also discovered upstairs in the property.

The woman had been the victim of an alleged assault by a person known to her in recent months, though it was not clear if that was in any way connected to her death.

“This is an horrific tragedy for this family and the whole community in Ballinteer. As a local representative, my heart goes out to the relatives and friends of the family. Ar dheis Dé go raibh a n-anamnacha dílis.

“No one expects something like this to happen in their local area, particularly in such a peaceful residential area. There is a huge amount of sadness and shock in the community.

“The Gardaí are now investigating the matter and we must let them get on with their work. Unnecessary speculation at this point is unhelpful.” 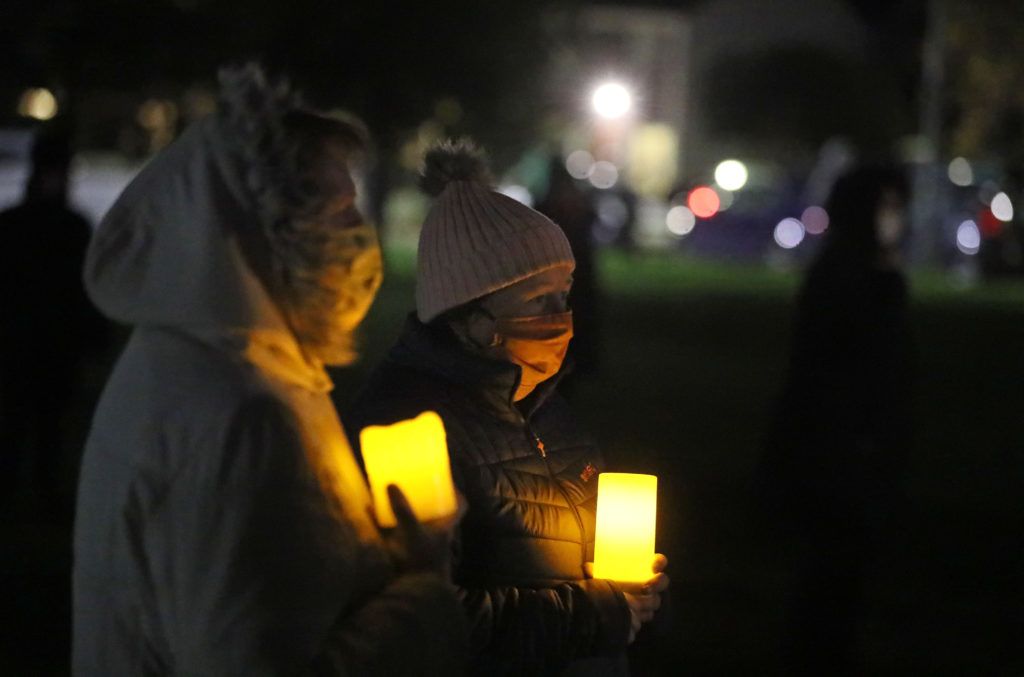