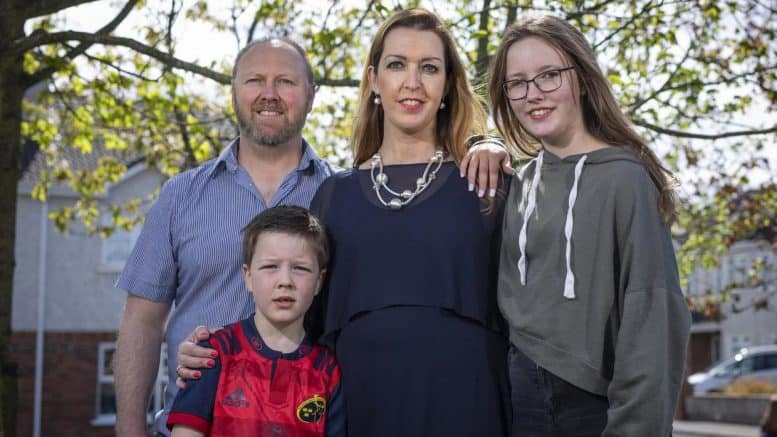 The tragic death of Vicky Phelan this morning has been felt across the nation with tributes pouring in for the woman whose bravery and courage will never be forgotten.

t Recovery Haven Cancer Support Centre in Tralee the news of Vicky’s death was felt by all, many facing a journey just like Vicky’s.

Manager Siobhan MacSweeney said she lit a candle when she came to work, for the woman whose courage and bravery in sharing her cancer story, changed healthcare services and touched all those effected by cancer.

“It is so sad, she is a young woman gone before her time. She was so open and willing to share her story, which is not an easy thing to do. It is sad for the nation,” she said.

“We all feel the sadness of her death and those that are facing cancer feel the loss even more. She had great strength and her death today is a stark reminder for those battling cancer.”

Vicky helped the Kerry Cancer Centre back in 2020 when they were forced to move their annual Celebration of Light online due to the pandemic. Vicky helped promote the event through a radio advert and Siobhan said they were thankful for her support for the annual ceremony for all those touched by cancer.

Recovery Haven are also hoping to display her portrait in 2023. Discussions had been taking place prior to her death this week about showcasing the painting of the cancer campaigner which was created by Tullamore based artist Vincent Devine and was unveiled earlier this year.

Siobhan said that she the door is open in Recovery Haven for all those touched by Vicky’s death.

The mother of two died at Milford Hospice in Limerick in the early hours of this morning,  Monday, November 14. She is survived by her husband Jim and two children Ameila and Darragh. Originally from Kilkenny she lived in Limerick with her family.

“Saddened to learn of the passing of Vicky Phelan. A woman of courage and conviction. A true warrior. Heartfelt sympathy to her family and friends. Rest in peace, Vicky,” she said on social media.

Vicky has been described as a national treasure as the news of her death came to light this morning and leading tributes was President Michael D Higgins.

Across social media hundreds of Kerry people have expressed their sadness at the death of Vicky Phelan and paid tribute to the woman who has done so much for women’s health care.

Vicky is credited with exposing  the CervicalCheck scandal, after she refused to sign  a confidentiality clause as part of her €2.5m High Court settlement with US-based Clinical Pathology Laboratories which had missed her cervical cancer during a 2011 smear test carried out by CervicalCheck.

Her bravery in doing so led to one of a medical scandal where it emerged that hundreds of women were given incorrect negative smear test results.