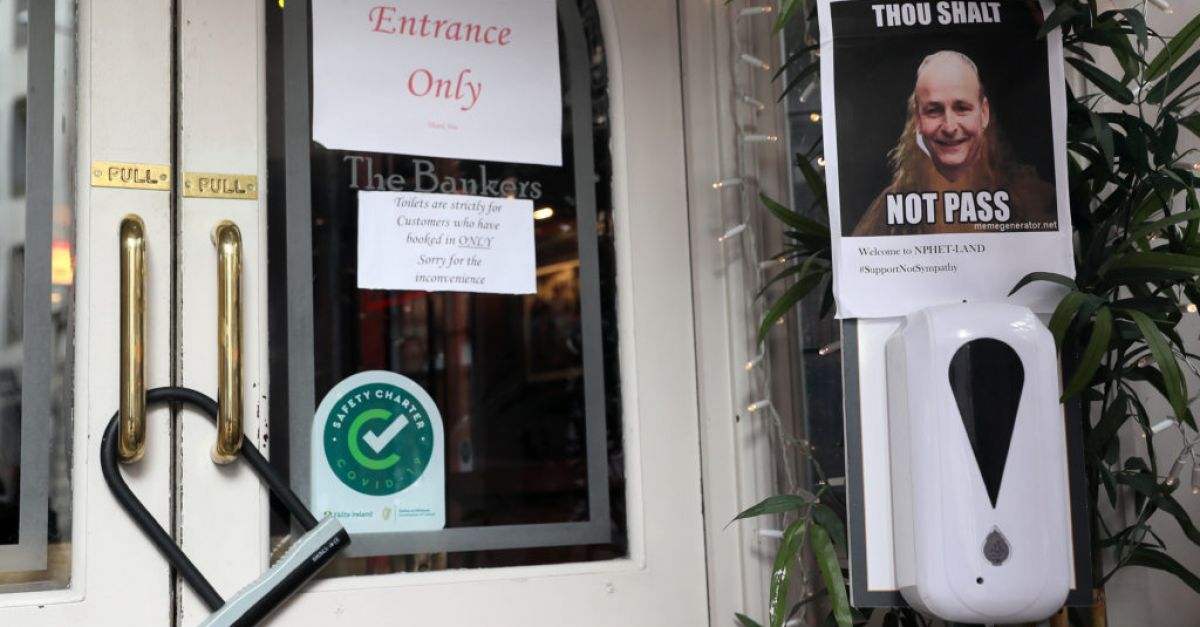 There is a very strong likelihood that pubs and restaurants in Ireland will not be open for New Year celebrations, the Taoiseach has said.

Micheál Martin said the National Public Health Emergency Team (Nphet) had recommended that stricter restrictions be introduced before the end of the year as case numbers continue to rise.

Speaking on Newstalk Breakfast on Friday, Mr Martin said under the proposed “Level 3+” restrictions to be introduced after Christmas, construction and non-essential retail would remain open but services such as hairdressers would have to be monitored.

He denied that the Government and Nphet are “scaremongering” with their warnings about transmission rates.

Mr Martin said he was “worried” by the rise in the number of Covid-19 cases in recent days and the Government would take Nphet’s recommendation “very seriously”.

He said Government officials will work over the weekend on plans to ensure there was a cushion to support businesses.

Speaking on RTÉ’s Morning Ireland on Friday, Dr Holohan said if the current pattern of transmission continued, the ability to maintain essential public services such as childcare, education and health would be placed at risk.

This comes as the Northern Ireland Executive announced a six-week lockdown would come into effect on December 26th amid rising cases of the virus.

In the Republic, a further 484 cases of Covid-19 and three more deaths linked to the virus were reported on Thursday.

Two-hundred patients with coronavirus were in hospital, including 31 in intensive care.

Speaking on RTÉ on Thursday night, Mr Martin said: “Numbers are rising across all age cohorts whereas in most of the second wave it was the lower age cohort which meant the impact on hospitalisations and ICUs was not as significant.”

“[We will] give people plenty of notice on whatever decisions the Government take, but we are mindful of the rising numbers,” he said.

“We know that when they get to a certain level they can grow exponentially.”

He said the healthcare system was in better shape than it was last winter, but added “we want to keep it that way”.

Tánaiste Leo Varadkar rejected the idea that the Government’s decision to open hospitality and allow household visits for December was a mistake.

Speaking on RTÉ Prime Time on Thursday, he said he understood people will be disappointed that their New Year’s plans will be disrupted, but said the trajectory of the virus was not where the Government or Nphet wanted.

He said if numbers continue to rise, impending restrictions may have to be tougher. He said there had been no excess deaths so far this winter and this is what he is hoping to avoid.

Mr Varadkar said he believed the first vaccinations in the Republic would take place in the days around New Year’s Eve.

Speaking at a Nphet briefing on Thursday evening, Dr Holohan said: “The five-day moving average is 387 per day – this is an indicator that the disease is moving quickly when compared to the previous five-day average.

“The virus is spreading throughout the country, in all age groups.

“We are now getting reports of outbreaks in social settings including workplace settings, Christmas parties and funerals.

“I cannot stress enough how important it is to limit your interactions now.

“The consequences of not doing so will be exponential growth in January, a substantial increase in hospitalisations and risk to life.”

“The reproduction number is now estimated between 1.1 -1.3. We are concerned that Ireland is now in a phase of rapid growth, which if allowed continue, will result in 700 – 1200 cases per day by the second week in January, if not sooner.”@President_MU #COVID19

Dr Holohan added: “Everybody now needs to look again at their plans and satisfy themselves, that they’re taking every possible measure they can to limit their contacts to limit the chance of them picking up this infection between now and the Christmas period.”

Nphet chair of the Epidemiological Modelling Advisory Group, Prof Philip Nolan, said the reproduction number was now estimated between 1.1 and 1.3.

He said: “We are concerned that Ireland is now in a phase of rapid growth, which if allowed to continue, will result in 700-1,200 cases per day by the second week in January, if not sooner.

“We are particularly concerned about older people and vulnerable adults, who have protected themselves through the second wave, and are now at risk during the festive season.”

Prof Nolan added: “I want to remind everybody that’s listening, that we have a collective obligation to ensure that people in those age brackets.

“Do not become infected with this disease over the coming weeks.” 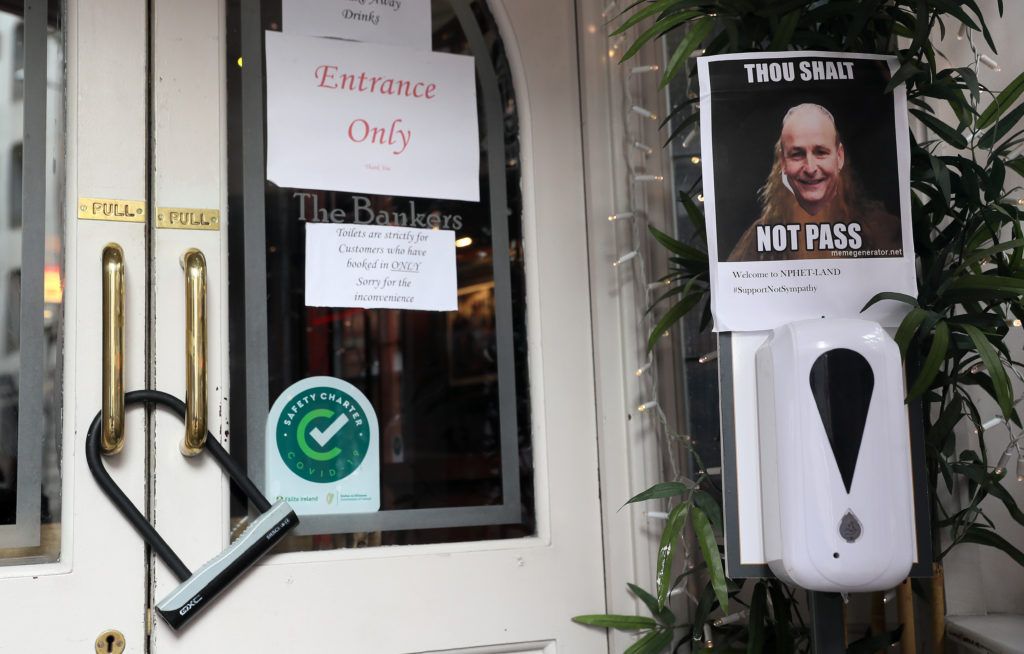