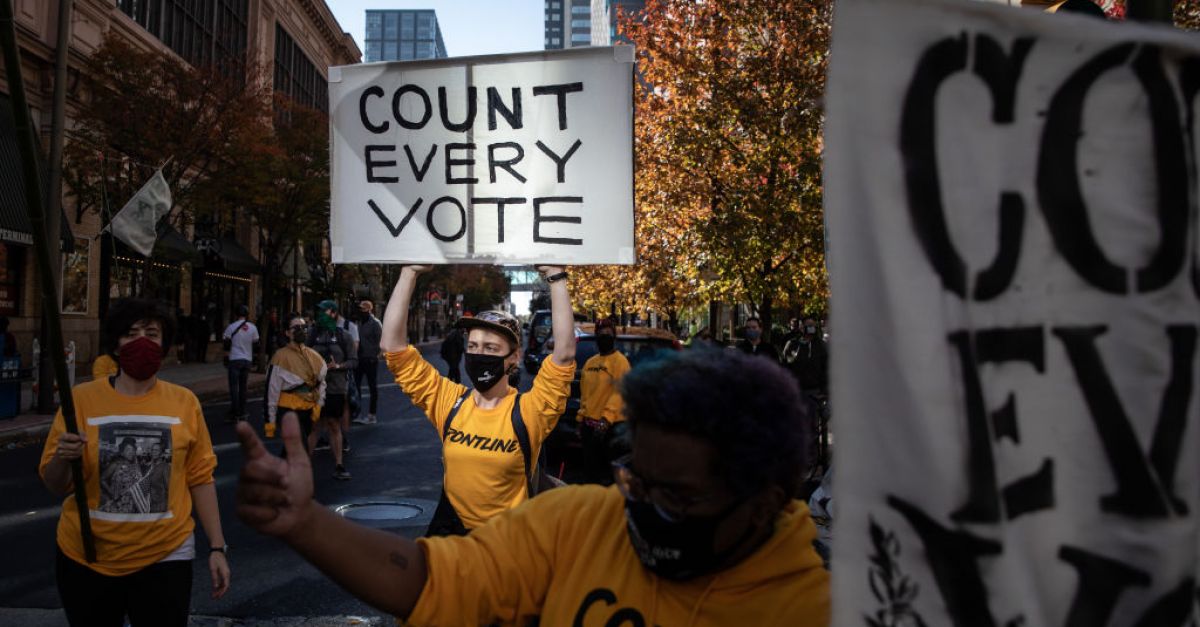 Democrat Joe Biden edged closer to winning the White House on Friday, expanding his narrow leads over US president Donald Trump in the battleground states of Pennsylvania and Georgia even as Republicans sought to raise $60 million (€50 million) to fund lawsuits challenging the results.

Trump remained defiant, vowing to press unfounded claims of fraud as a weary, anxious nation waited for clarity in an election that only intensified the country’s deep polarisation.

On the fourth day of vote counting, former vice-president Biden had a 253 to 214 lead in the state-by-state electoral college vote that determines the winner, according to Edison Research.

Securing Pennsylvania’s 20 electoral votes would put Biden over the 270 he needs to win the presidency after a political career stretching back nearly five decades.

Biden would also win if he prevails in two of the three other key states where he was narrowly ahead on Friday: Georgia, Arizona and Nevada. Like Pennsylvania, all three were still processing ballots on Friday.

Biden planned to deliver a prime-time address on Friday, according to two people familiar with his schedule. His campaign expected that could be a victory speech if television networks call the race for him in the coming hours.

Meanwhile, Trump showed no sign he was ready to concede, as his campaign pursued a series of lawsuits that legal experts said were unlikely to alter the election outcome.

“From the beginning we have said that all legal ballots must be counted and all illegal ballots should not be counted, yet we have met resistance to this basic principle by Democrats at every turn,” he said in a statement released by his campaign.

“We will pursue this process through every aspect of the law to guarantee that the American people have confidence in our government,” Trump said.

Trump earlier leveled an extraordinary attack on the democratic process, appearing at the White House on Thursday evening to falsely claim the election was being “stolen” from him. Election officials across the nation have said they are unaware of any significant irregularities.

The Republican National Committee is looking to collect at least $60 million from donors to fund Trump’s legal challenges, two sources familiar with the matter said.

In both Pennsylvania and Georgia, Biden overtook Trump as officials processed thousands of mail-in ballots that were cast in urban Democratic strongholds including Philadelphia and Atlanta.

The number of Americans voting early and by mail this year surged due to the coronavirus as people tried to avoid large groups of voters on election day. The methodical counting process has left Americans waiting longer than they have since the 2000 election to learn the winner of a presidential contest.

A sense of grim resignation settled in at the White House on Friday, where the president was monitoring TV and talking to advisers on the phone. One adviser said it was clear the race was tilting against Trump, but that Trump was not ready to admit defeat.

The campaign’s general counsel, Matt Morgan, asserted in a statement on Friday that the elections in Georgia, Nevada and Pennsylvania all suffered from improprieties and that Trump would eventually prevail in Arizona.

He also said the campaign expected to pursue a recount in Georgia, as it has said it will do in Wisconsin, where Biden won by more than 20,000 votes. A margin that wide has never been overturned by a recount, according to Edison Research.

Georgia officials said on Friday they expect a recount, which can be requested by a candidate if the final margin is less than 0.5 per cent, as it currently is.

Biden expressed confidence on Thursday he would win and urged patience. In response to the idea that Trump might not concede, Biden spokesman Andrew Bates said in a statement on Friday, “The United States government is perfectly capable of escorting trespassers out of the White House.”

The messy aftermath capped a vitriolic campaign that underscored the country’s enduring racial, economic and cultural divides, and if he wins Biden might face a difficult task governing in a divided Washington.

Republicans could keep control of the US Senate pending the outcome of four undecided Senate races, including two in Georgia that will be likely decided in January runoffs, and they would likely block large parts of his legislative agenda, including expanding healthcare and fighting climate change.

The heated campaign unfolded amid the pandemic that has killed more than 235,000 people in the United States and left millions more out of work. The country has also been grappling with the aftermath of months of protests over racism and police brutality.

In Pennsylvania, Biden moved ahead of Trump for the first time and had a lead of 13,558 votes by midday Friday, while in Georgia, he was 1,579 votes ahead. Both margins were expected to grow as additional ballots were tallied. Pennsylvania officials estimated on Friday they had 40,000 ballots left to count, while Georgia officials said on Friday morning there were around 4,000 regular ballots remaining.

Biden (77) would be the first Democrat to win Georgia since fellow Democrat Bill Clinton in 1992.

Joe Biden closing in on presidency as he takes lea…

Pennsylvania, one of three traditionally Democratic states that handed Trump his 2016 victory, had long been seen as crucial to the 2020 race, and both candidates lavished enormous sums of money and time on the “Rust Belt” state.

While many rural areas in Pennsylvania remain in favor of Trump, Democrats are strong in big cities such as Pittsburgh and Philadelphia.

Trump, 74, has sought to portray as fraudulent the slow counting of mail-in ballots. He has unleashed a series of social media posts baselessly claiming fraud, prompting Twitter and Facebook to append warning labels.

States have historically taken time after Election Day to tally all votes, although in most presidential elections the gap between candidates is big enough that television networks project the winner and the losing candidate concedes before counting formally ends. 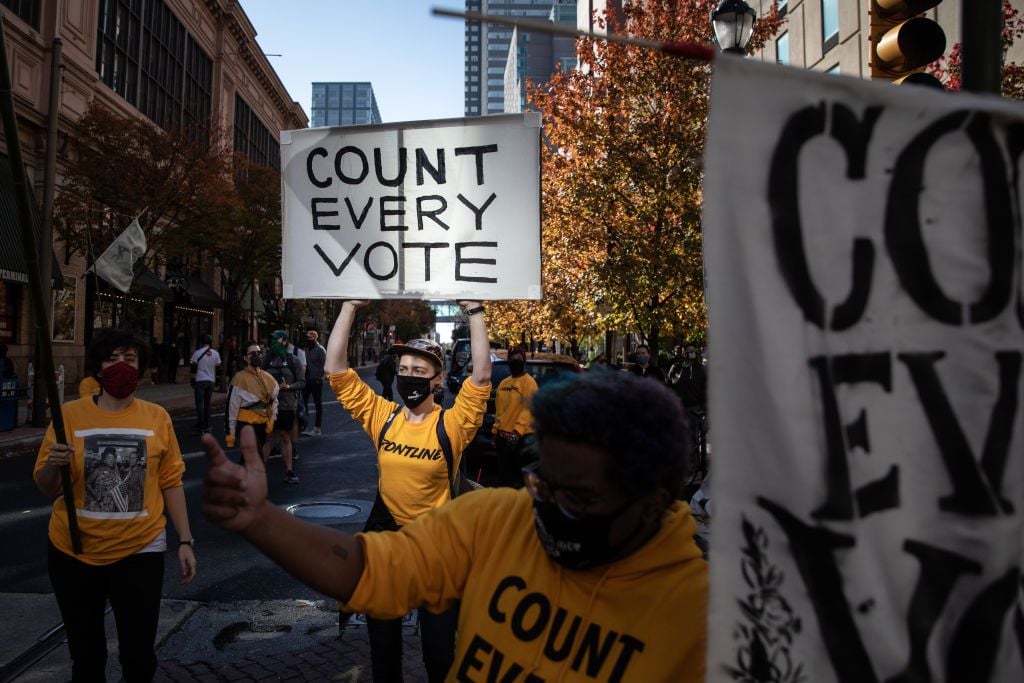