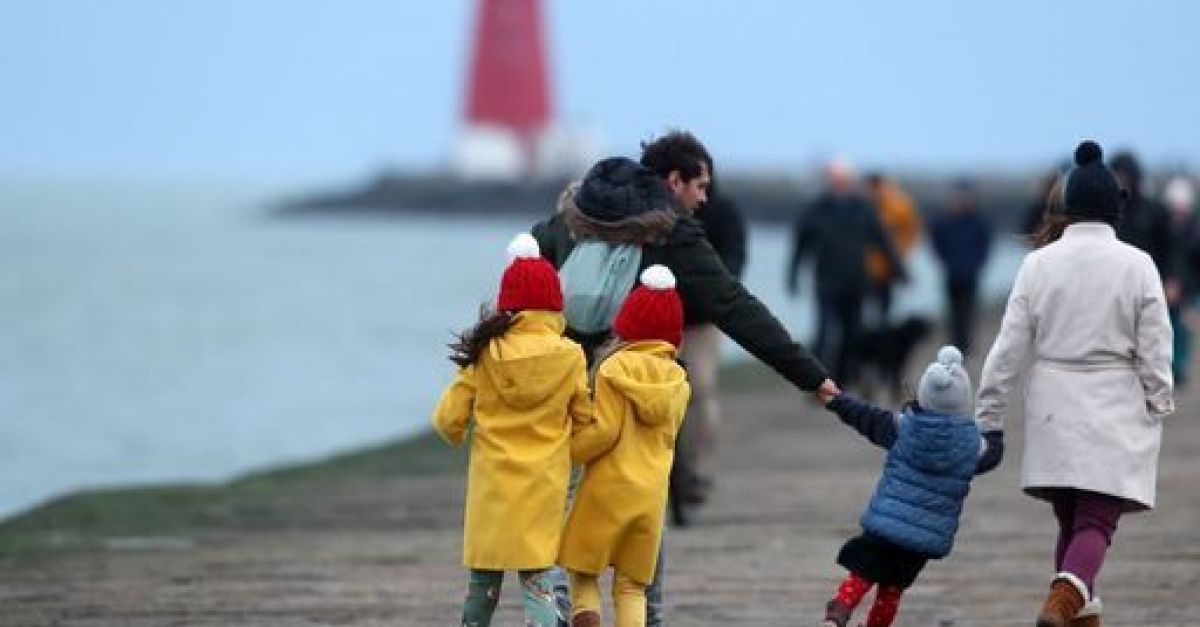 The ESB is working to restore power to customers around the country after Storm Bella made landfall overnight.

Dublin is the worst affected area.

1,134 homes are without electricity in Greenhills, Dublin 12, while 245 homes in Inchicore are impacted by an outage.

There are 112 homes without power in Cappamore, Co Limerick, while an outage in Blarney, Co Cork is affecting 107 customers.

In Co Kildare, there are 106 customers without electricity in Kilcock.

A dog walks on the Great South wall in Dublin as the wind picks up as Storm Bella approaches.

The ESB says it expects power to be restored to all homes by later this morning.

There will be icy stretches in Donegal and Leitrim while accumulations of snow and ice are possible.

AA Roadwatch advised motorists in these areas to  “take extra caution in these conditions, slow down and avoid any harsh manoeuvres”.

Status Yellow snow and ice warnings are in place for counties Antrim, Armagh, Down, Fermanagh, Tyrone and Derry, these warnings are valid until 3pm.

The national forecaster has warned of rain, sleet and snow showers nationwide.

Afternoon temperatures will range from two to five degrees with gusty westerly winds.

Cold and blustery with occasional sunny spells and frequent showers, some heavy with the risk of hail, sleet and snow.
Highest afternoon temperatures of just 2 to 5 degrees in moderate to fresh and gusty westerly winds. pic.twitter.com/te8F0379rB 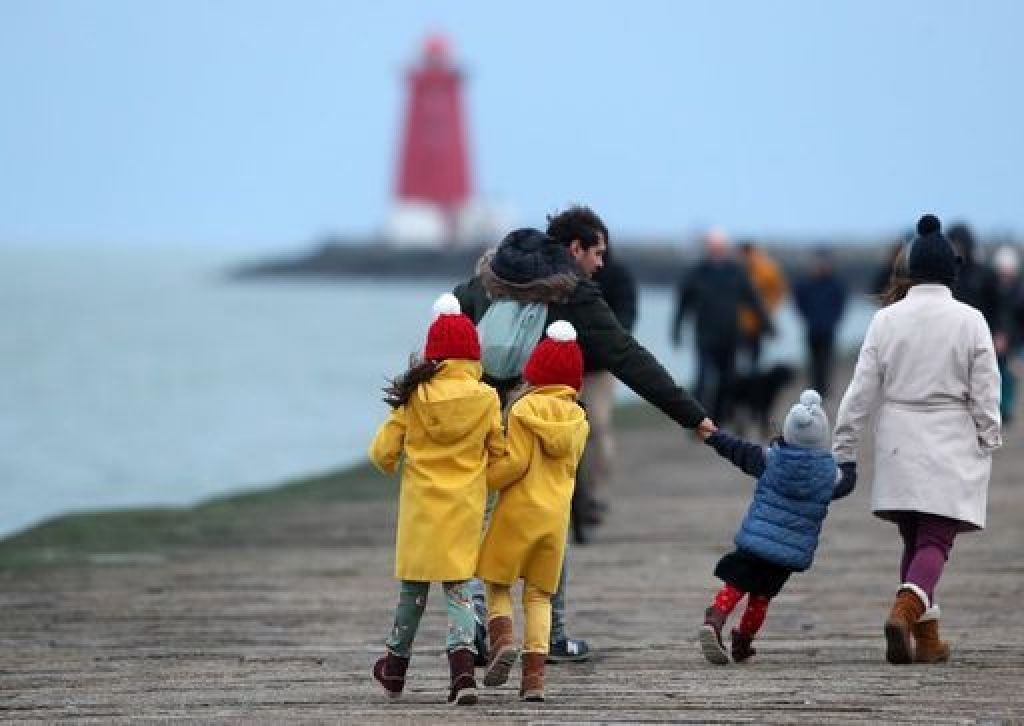