Rory McIlroy and his wife Erica Stoll are expecting their first child and the baby is due ‘any day’.

The golfing superstar and his wife have kept the pregnancy a secret.

The news was revealed during the television broadcast of the third round of the BMW Championship, where McIlroy is one of the frontrunners.

The Golf Channel’s Steve Sands revealed their baby girl is due “any day now”.

McIlroy, 31, and Stoll married in a lavish reception at Ashworth Castle in Co Mayo in 2017.

It remains to be seen whether McIlroy will miss the Tour Championship (September 4th-7th) or the US Open (September 17th-20th). 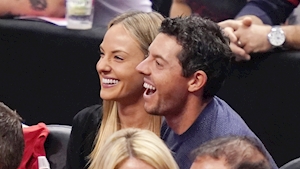