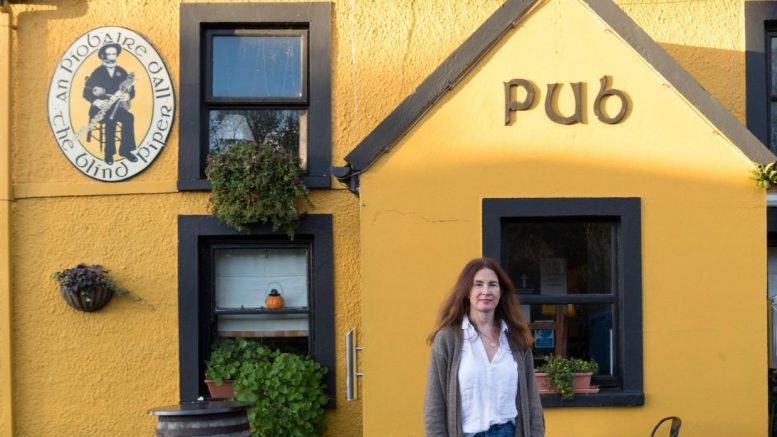 The closure of a section of the Ring of Kerry Road for almost four months to facilitate road works will cause ‘enormous inconvenience’ to those living along the route, and the hundreds of workers and school-children who travel the route on a daily basis.

hose living in Castlecove and Caherdaniel will be, by far, the worst-affected, having to travel almost the entire Ring of Kerry to get to work or their local shop – even if their destination is only a few kilometres away.

Depending on what side of the road closures residents are living they will have around the full Ring of Kerry to accces services like their GP or Dentists. You’ll need to take a route to Sneem, Killarney, Killorglin and Cahersiveen to access Waterville; and to reach Sneem, you will have to travel the loop in the opposite direction.

While the road will be open for some hours during the day in an attempt to facilitate people, students attending Coláiste na Sceilge have been left without bus access to their drop-off location.

McCarthy’s Coaches, which ferries secondary pupils to Caherdaniel and Castlecove, has been left stunned by the news that the road is to be closed, leaving at least 15 students with no bus route home. Normally they would arrived in the Castlecove and Caherdaniel area around 4.30pm to 4.45pm when the road will be closed.

The bus will be only able to travel to Caherdaniel village from Cahersiveen, dropping students there, but parents won’t be able to travel to collect them there as the road will be closed. The only other option is to travel around the Ring to Killorglin, Killarney, and back into Sneem and Castlecove area.

“Practicalities have gone out the window. At the end of the day we only have one road here and they are closing it,” said Andrew McCarthy.

Delivery vans will also be hit by the closure; as will teachers in locations such as Cahersiveen, Kenmare and Waterville; and nurses who work at Cahersiveen Community Hospital. While many may be able to get to work, they will be stranded until the road re-opens at 7pm unless they travel around the Ring to get home.

The Blind Piper pub in Caherdaniel will also face difficulties at a time when business was never more needed. Not only will it effectively finish their day trade, deliveries will also be hit, as will staff travelling to work.

“Our day trade is probably gone,” said Sandra O’Farrell. “It is off season, but we are still open, and we rely on people driving the Ring of Kerry. We knew it was coming down the line, but we didn’t know there would be a full road closure.”

Fianna Fáil Cllr Norma Moriarty said this week that the closures will cause ‘enormous inconvenience’, and she urged people to make their submission to Kerry County Council so that measures can be made to accommodate the local communities, who will be hugely inconvenienced by the planned works.

The plan, currently out to public consultation, is to close the N70 Road between Caherdaniel and Castlecove from O’Carrolls Cove beach for a distance of 1.3km, to a point 100m east of the junction between the N70 and the local L11603 road. Initial works will take place from November 24 to December 22 from 9.30am daily to 1.30pm and from 3.30pm to 7pm daily. Saturdays will see the road closed from 9.30am to 3pm. The road will re-open during the Christmas period but will close again on January 4 to March 16, with the same hours of closure applying. The road will be open for residents within  the 1.3km of the works.

The works being carried out are on the N70 Brackaharagh Road Project, which has been long campaigned for and which will see a very dangerous junction being rectified. Cllr Moriarty said this is very welcome but she said the local communities must also be looked after for the duration of the works.

Public consultation remains open until November 8 at 4pm and anyone with an objection can write to the Administrative Office, Kerry National Roads office, Kerry County Council, the Island Centre Castleisland, or email info@kerry.ndro.ie.