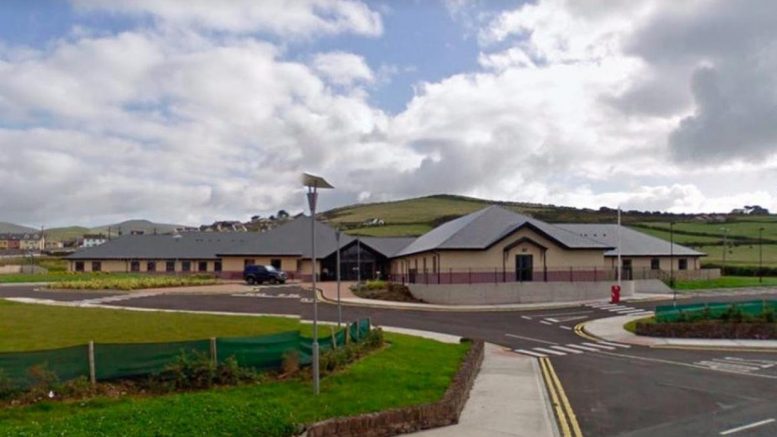 In February, The Kerryman reported that the death toll from a COVID outbreak in West Kerry Community Hospital had risen to nine.

ll of those individuals had been patients of the hospital; seven passed away on site, while two others died after being transferred to University Hospital Kerry.

It was the bleakest of times in the Dingle and Corca Dhuibhne area, and it followed the virus entering one of the hospital’s two modules.

Twenty-three patients were resident in this module, and almost all of them – 20, in total – contracted the virus. Several staff members also fell ill with COVID-19.

It came after case numbers rose sharply in the West Kerry peninsula – a part of the county that had been less affected by the virus than most others – over the winter. Christmas had fallen silent in Dingle, a town usually overflowing with festivity at that time of year, and that silence became deafening on December 26, the Wren’s day, usually an explosion of sound and colour, the highlight of the Christmas season out west.

But loss of festivity doesn’t come near loss of life, and events in the hospital over the winter hurt West Kerry in a way that few other events in memory have.

Reportage of the time told us that staff members made a huge effort to prevent the virus stealing into the second of the hospital’s two modules, and bereaved families praised staff for the support they afforded them at that time. This support was acknowledged by the HSE, which runs the hospital.

“It is with great sadness that we confirm that nine residents of West Kerry Community Hospital in Dingle have passed away in recent weeks”, a spokesperson said at the time.

“Sadly, a significant number of both residents and staff are still affected by COVID-19, and every possible support is in place for them…many of our residents who have tested for COVID-19 are recovering well.

“This is an incredibly difficult time for families, for the community and for the staff caring for the residents at West Kerry Community Hospital…Management and staff wish to reassure the community they are continuing to provide both compassionate and high-quality care to all residents,” its statement added.

““Staff wish to thank the local community for the many ways in which they have demonstrated their support in recent weeks.”

The restrictions in place at that time meant that affected families could not even hold traditional Funerals for their loved ones. The small comforts of meeting mourners at the Church, having family members shoulder the coffin, and accepting a handshake of condolence from a neighbour or friend could not be allowed, and all of this followed some families having had to hold Vigils outside their loved one’s hospital window so as to be as near them as possible in their final hours.

The horror of the time was arguably best summed up by local Funeral director Donal O’Connor.

“In 14 months’ time I will have been doing this job for 50 years,” he said in late January.

“But I have never, ever seen anything like this. We would normally see one or two Funerals each week, but we have had three Funerals in a single day.

“It has put everyone under terrible pressure, but we have done everything we can to make sure each Funeral is handled perfectly.