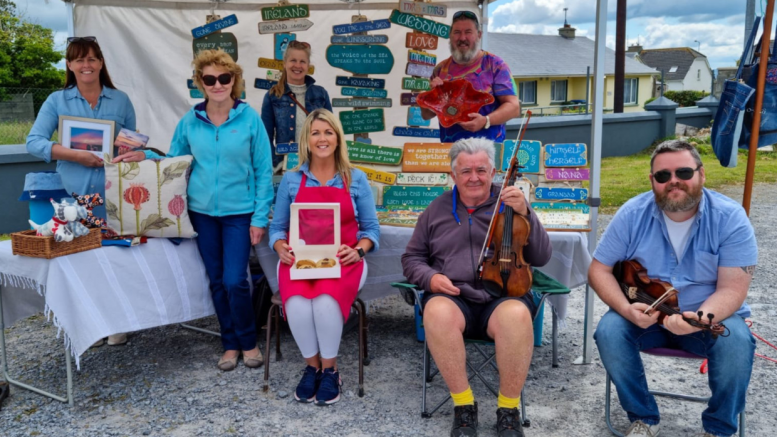 Talented North Kerry people are bringing a wealth of healthy treats and striking handmade crafts to market once more by the sea as a hugely popular summer outlet gets going for its third year.

he Ballybunion Community Market returned with a sense of sweet optimism in the resort on Saturday morning (running from 10am until 1pm) – never more welcome back than after the best part of a year that was spent in lock-down.

With seven core stallholders and numerous other new-coming producers alternating on a weekly basis, it is already proving a huge draw – while establishing a wonderful family atmosphere.

“It is a huge draw and has been really successful and popular over the past two years,” organiser Marie Rohan told The Kerryman.

“The Community Centre carpark is a great area for it, with plenty of space for parking, and the response on our first Saturday back this year was fantastic.”

Demand is steep from customers as well as from prospective sellers, with insurance limiting the scale to 20 stalls each week.

“Other stallholders are being rotated through the other 13 stalls from week to week. All represent a great example of the level of talent out there at the moment, and the market was initially set up to provide people with an outlet to sell their goods,” Marie said.

“It’s voluntarily run, and we would have hated to see something like this folding, so we’re delighted to be back.

“We’re getting interest in it from Limerick to Cork, and it brings a wonderful family atmosphere to Ballybunion on Saturdays,” Marie added.

Stalls are €15 each, and as the Market is insured against public liability, prospective stallholders need not have their own policies. It runs from 10am until 1pm every Saturday into the summer.

Cahersiveen works to take place over the mid-term break