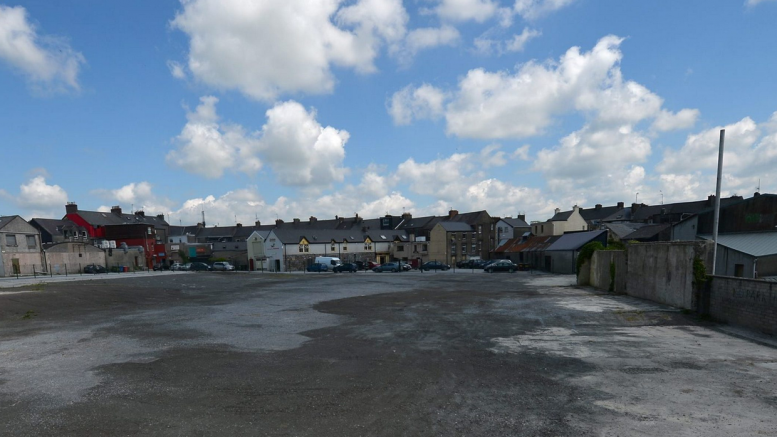 A prime three-acre site in the centre of Listowel is to be transformed into a massive new complex comprising more than 150 social homes, a limited number of commercial spaces and an employment hub at a cost of up to €50 million.

he Kerryman can reveal that a division of the Remcoll Group has bought the old site of the Listowel Livestock Mart – once slated for a development that was to have transformed the economic fortunes of the town in the boom. The Remcoll Group, which owns and operates a number of Direct Provision centres in the State, is not looking to locate a Direct Provision-style premises in Listowel, Remcoll CEO Paul Collins insisted this week.

Instead, the company envisages a complex focusing on the delivery of social homes – for the elderly in the main – based on what he said was the demographic needs of the North Kerry area.

Mr Collins said he was confident the development – currently in design phase – would lead to a massive boost for the economy of the town. Any commercial activity would be limited and not in direct competition with existing trade, he said.

He has already met with the owners of businesses adjoining the old mart site to allay fears and set out the plan.

At least one trader told The Kerryman they were very happy with the plans as Mr Collins had outlined them.

“We are a cradle-to-grave social provider,” Mr Collins said.

“One of the cohorts we would be after here is through elderly provision, through ourselves and the likes of the agency ALONE. We will be doing some normal social and affordable housing provision..and we will be putting in employment hubs, around which we will wrap some commercial [units].”

During difficult times communities rally around those in need and in Milltown the entire community have done all they can to support the four Clifford boys who tragically lost their parents within months of each other. Independent.ie – News …

David Tobin developed muscular dystrophy when he was eight years old. Quiet but observant, once he got to know you, he usually liked you. That was David’s way – always funny and engaging. Independent.ie – News …

One of Tralee’s most famous sons, Tim V Murphy, has sent his well-wishes to fellow actor Bruce Willis this week after it was announced that the ‘Die Hard’ star will be “stepping away” from his acting career due to health issues. Independent.ie – News …