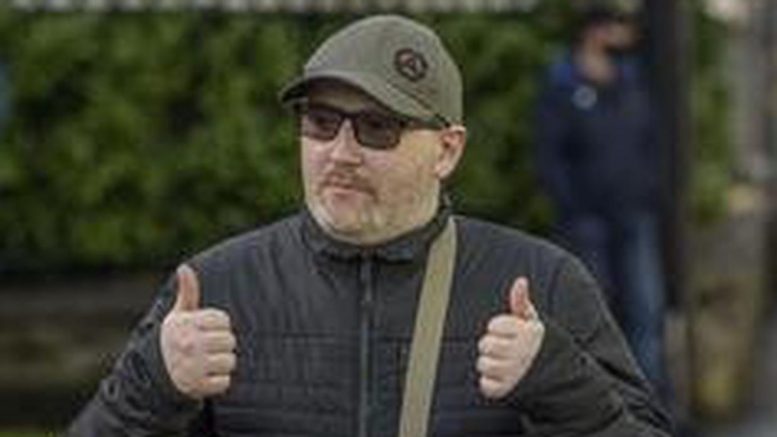 SIMON Collins, the son of legendary rock star Phil Collins, has been convicted of drug driving in Kerry and been disqualified from driving for 12 months.

ollins (45) of Greenane Cottage, Templenoe, Blackwater, Co Kerry was convicted by Judge David Waters after he contested a prosecution for driving under the influence of cocaine before Killarney District Court.

Collins, who is a talented musician and has been based in Ireland for the past two years, is also a half-brother of award-winning actor Lily Collins.

The prosecution arose from an incident where Simon Collins was stopped by Gardai on a mountain road at Derrycunnihy outside Killarney in the early hours of January 18 2020.

Judge Waters was told by Garda James McCarthy that he was responding to a totally unrelated incident in an area outside Killarney at 3.20am on January 18.

That involved a vehicle which had crashed into a ditch and which had then been abandoned.

As Gardai arrived at the scene, they spotted a vehicle emerging from a private roadway nearby and coming onto the public road.

Garda McCarthy said he signalled for this vehicle to stop and realised that there were two occupants, a driver and a front seat passenger, with the windows inside noticeably fogged up.

The Garda said that when he approached the driver and asked for the window to be wound down, he noticed a strong smell from the interior.

“I immediately got a smell of something that I believed to be cannabis coming from the vehicle,” he said.

“I noticed that there was a white powder on the (PPS) card,” Garda McCarthy said.

Garda McCarthy said he immediately formed an opinion about the condition of Mr Collins. “I formed my opinion that he was under the influence of an intoxicant to such an extent that he was incapable of operating a mechanically propelled vehicle on a public roadway.”

Garda McCarthy said Mr Collins’s speech was delayed and his eyes were dilated.

The driver was arrested and taken to Killarney Garda Station where a subsequent test revealed a concentration of 57.2 nanogrammes of cocaine metabolites per ml.

This was over the permitted driving limit.

Submissions by defence counsel John Devlin BL, instructed by solicitor John Cashell, on the circumstances of Mr Collins’ arrest and the manner of the test being conducted were dismissed by Judge Waters.

“The Garda informed him of his opinion, the reasons for his opinion and then arrested him. How could he not know what he was being arrested for,” Judge Waters said.

Inspector Vincent Brick confirmed to the court that Simon Collins has no previous convictions. The court was told that Mr Collins was “very sorry” for what had happened. Judge Waters noted that the defendant had co-operated fully with Garda at all times and that it was his first offence.

He convicted him of drug driving and disqualified him from driving for 12 months but agreed to postpone the enforcement of the order until May 2022. Judge Waters also fined him €400. Recognisances were fixed in case of an appeal.

Simon Collins is the son of Genesis and solo rock star, Phil Collins, by his first wife, Andrea Bertorelli. He was raised in the UK and Canada. His half-sister, Lily Collins, is a renowned actor having starred in ‘The Blind Side’ and ‘Emily in Paris.’

His other sister, Joely, is also a successful actor.

Like his father, Simon Collins is a drummer and former lead vocalist of the rock band Sound of Contact.

Famously, he toured as a youngster with his father on a Genesis tour and played on numerous occasions with Phil Collins at solo gigs.