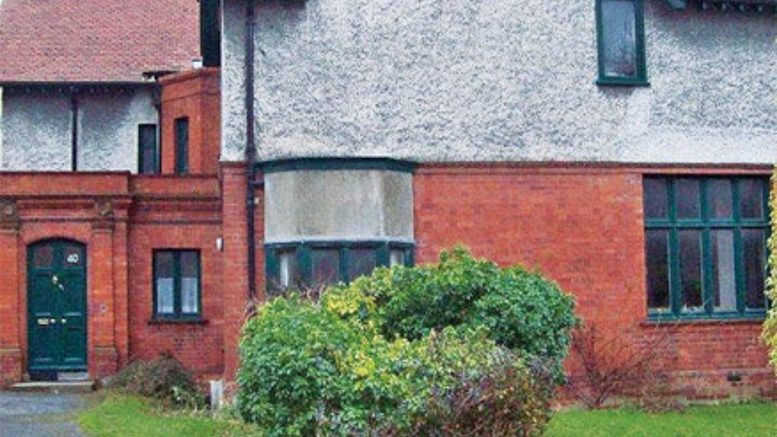 Plans to demolish the Dublin home of Michael Joseph O’Rahilly (The O’Rahilly) have been given the go ahead by An Bord Pleanála this week in a decision that paves the way for development of a hotel and apartments on the site of No. 40 Herbert Park.

ut the decision has angered many in O’Rahilly’s birthplace of Ballylongford with Michael Finucane – owner of the premises where O’Rahilly was born – branding it ‘a disgrace’.

Michael describes the building as being of ‘historic importance’ given that many of the revolutionaries of the time made plans for the Easter Rising and discussed administrative ideas in setting up an Irish Republic at the house. He says the fact O’Rahilly’s Ballylongford home is a listed building, while his Dublin residence is to be demolished is ‘frustrating’ – a home where O’Rahilly’s wife, Nancy, lived until 1961.

“I’m very disappointed over this, it’s a disgrace,” Michael says.

“Our house and pub is listed because of The O’Rahilly connection and we’ve never changed it. It’s still the same after 200 years. I’m very upset; I have a load of memorabilia and pictures of him still in the bar,” Michael says.

The O’Rahilly family lived in Ballylongford from 1832 to 1898 before Michael Finucane (Michael’s granduncle) bought the premises. The O’Rahilly moved to No 40 Herbert Park in 1909 where he lived with his wife Nancy. The home is famous for its association with a letter O’Rahilly wrote to his wife as he lay dying in a Dublin street (Sackville Lane) having been wounded in the Rising: ‘Please deliver this to Nancy O’Rahilly, 40 Herbert Park’ was the missive’s request.

“The O’Rahilly would have settled down in Bally but it was too quiet for Nancy. It’s recorded how Nancy thought ‘Bally was too quiet and there was no tennis court,'” Michael says.

“She came from a wealthy family that invested in cash registers. I still have one of them in the bar. No 40 Herbert Park was a headquarters for the revolutionaries and it’s an awful scandal to knock it. Even now, at this late stage, there should be a High Court injunction to stop the house being knocked,” Michael said.

Tim McMahon from Ballylongford is a distant relative of O’Rahilly. Tim’s great-grand aunt is O’Rahilly’s grandmother and he said the decision is ‘totally wrong’.

“It should be held there for the history of the State. If we haven’t our history we have nothing and a lot of these people gave their life for our freedom. We should cherish it. The house should be kept for future generations,” Tim says.

In its final decision, An Bord Pleanála outlined how the architectural and historical significance of N0. 40 Herbert Park was not warranted.

Kerry Sinn Féin TD Pa Daly called on public representatives in the county to ‘weigh-in’ and fight to save the building. Deputy Daly described the property as having a ‘storied Republican heritage’ with Roger Casement, Éamon de Valera, James Connolly and Michael Collins having visited the premises.

Dublin Sinn Féin Cllr Mícheál Mac Donncha will this week propose that the building be added to the list of protected structures before Dublin City Council.

“I am calling for TDs and public representatives within Kerry to support the campaign. Time is running out and a motion is due to come before Dublin City Council, moved by Cllr Mac Donncha,” Deputy Daly said.