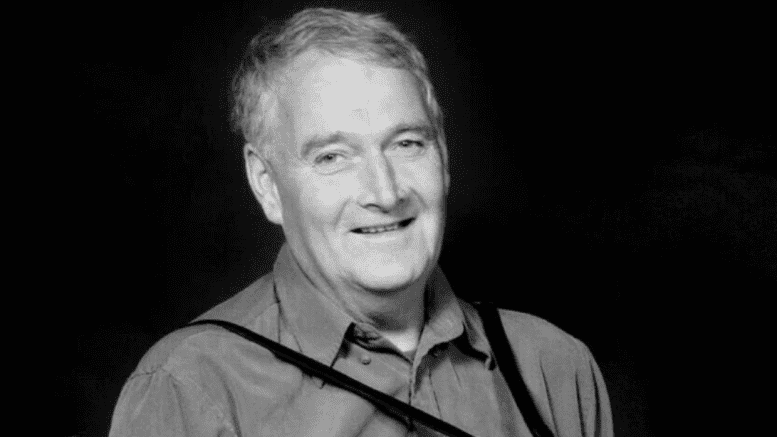 A requiem, of course, for Séamus Ó Beaglaoich, but also for a chapter in Irish music history more than 60 years in the writing and always elegantly put together.

éipéal na Carraige, made of 19th-Century red sandstone, was built for a different time, but it was also built for a different occasion, packed as it was on Saturday between late morning and early afternoon as people pushed in to say goodbye to Séamus, whose music delighted the public for six decades of his 73-year life.

It was not always a typical Funeral but entirely appropriate in this very special context. Song and traditional music flowed freely at points in the ceremony, though one spell stood tall from the rest: accordions, guitars, banjos, harp, fiddle sounded at once from all sides and corners of the Church after midday as the Funeral Mass drew to an end. The only regret was that Séamus, surely for the first time, was there but did not join in.

Copies of the Farmers Journal and an accordion were brought to the Altar before Fr Eoghan Ó Cadhla as symbols of Séamus’ love of farming and music respectively. There was a phone, as well – to represent the many calls he made to arrange gigs, whether in Dingle or Glastonbury – and a picture of his immediate family.

His four children – Breanndán, Eoin, Niall, and Méabh – took it in turns to share anecdotes and memories of their dad before Séamus was brought from the Church to his burial place, Reilig Cill Chuáin. Méabh read out a ‘Litir ón Leanbh’ (A Letter from the Child), which went as follows when translated from the Corca Dhuibhne Irish favoured for most of the ceremony:

“Do you remember our summers heading up the hill?
The little rabbits rambling in the late evening chill,
Under a hazy twilight, with the purple-painted sky,
Barely keeping up with you, I’d scurry along by your side.

“You’d come home from gig or farm and I’d run into your arms,
You wide-eyed rogue, you gentle giant of fun, love and charm,
A song for every name and place you’d sing on the tractor mór,
You’d get back home and off we’d go on a musical mystery tour.

“Sweet tunes from our hearts they did ring,
‘The little rabbit, where is he Dad?’, ‘Don’t mind him, he’s only hiding’,
In the old Ford we drove around a little world in our own time,
So here’s to you, save me a seat beside you in the Síbín in the sky.

“Goodbye my teacher, my friend, my Dad.”

Séamus is survived by his wife, Máire; children, Breanndán, Eoin, Niall, and Méabh; grand-daughter, Aibhín; and siblings Máire, Eibhlín, Seosaimhín, Caitlín, Bríde, Micheál, and Breanndán. He is predeceased by his brother, John.