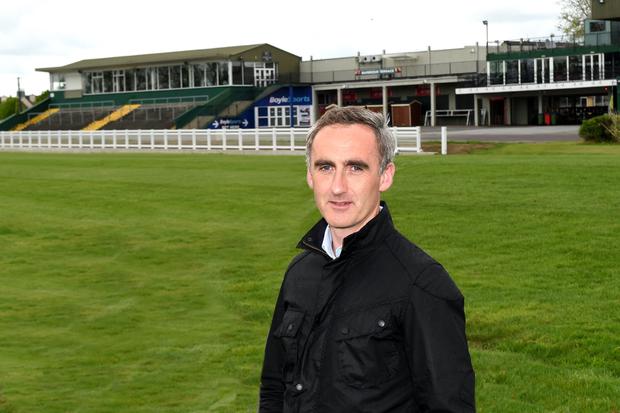 Less than 24 hours after being crowned top jockey at the prestigious Royal Ascot meeting, Oisín Murphy has stated that it is his dream to visit his hometown and ride a winner at Killarney Racecourse this summer.

peaking to The Kerryman about a glorious week that saw him clinch an historic jockey’s title with five winners, it brings up a major accolade in the 25-year-old’s burgeoning career.

Oisín is the current British Flat Champion jockey – a title he has held for two years – however, the lure of being led into the winner’s enclosure at Killarney Racecourse remains uppermost in his thoughts.

Oisín says he is waiting for his second Covid vaccination and once completed, he plans to fulfil his ambition this summer, if possible, or alternatively at a later date, possibly in October when Killarney will stage a flat meeting.

“I love to keep in touch with the lads at home and I’d love to ride a winner at Killarney Racecourse,” Oisín told The Kerryman.

“That is on my bucket list and hopefully I’ll be able to do it this summer when I get my second vaccine. GAA is the number one sport in Kerry, but I hope horse racing isn’t too far off it,” he said.

Manager of Killarney Racecourse Philip O’Brien said a visit from Oisin would be a huge boost. Photo by Michelle Cooper Galvin

Manager of Killarney Racecourse Philip O’Brien said a visit from Oisin would be a huge boost. Photo by Michelle Cooper Galvin

Manager of Killarney Racecourse Philip O’Brien welcomed Oisín’s ambition of riding a winner at Killarney, saying it would be a major boost to have the British Flat Champion display his talents before a home crowd.

He added that such a visit would be a huge boost to the track, and would be all the better if Oisín’s visit were to come a time when crowd restrictions are eased to give more spectators an opportunity of seeing Oisín in the flesh.

It’s not known yet when spectators will be allowed to return in high numbers but a visit from Oisín would compliment this.

“It would be very welcome but you would have to have a full crowd there to appreciate an occasion like that,” Philip said.

“It would be amazing to have him here. He is at the top of his game at the moment and the local angle would be great.

“At the moment jockeys nearly have a higher profile than horses, it’s important for racing to have these people involved as the public really enjoy it.”

A Kerry author and historian has called on the Irish Catholic Church to follow apologise for its treatment of Irish republicans during the Civil War Independent.ie – News …

When the men from Shannon LNG knocked on her door and asked to explain their mission, Teresa Parkinson welcomed them in. Independent.ie – News …

The Rose of Tralee ballad is a story of love, loss, war, and emigration. Even though we claim it as Kerry’s official anthem, its lyrics represent thematic moods that are universal and personal. Independent.ie – News …