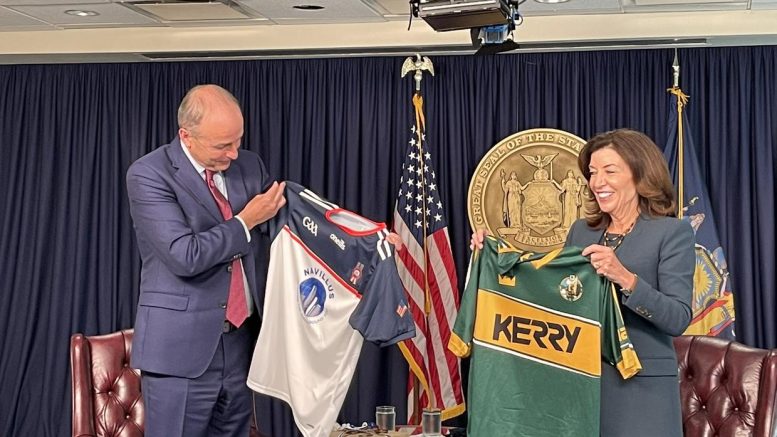 New York’s new Governor and descendant of Kerry, Kathy Hochul, had no hesitation in showing off her allegiance to the Kingdom as she met Taoiseach and Rebel county native Micheál Martin today.

aoiseach Martin is in New York this week as part of a week of events coinciding with Ireland’s Presidency of the United Nations Security Council.

Among those events was a meeting with Governor Hochul. While the Taoiseach received a New York GAA jersey from the Governor, who last month succeeded Andrew Cuomo, she raised a Kerry jersey she had received to the cameras as the Taoiseach showed off his New York top.

Governor Hochul remarked on the keen rivalry between Cork and Kerry, with her descendants hailing from the latter. Her grandparents, Jack and Mary Courtney, came from the Maharees area and married after emigrating to the United States separately. They settled in Buffalo, New York, where they founded the Buffalo Irish Centre.