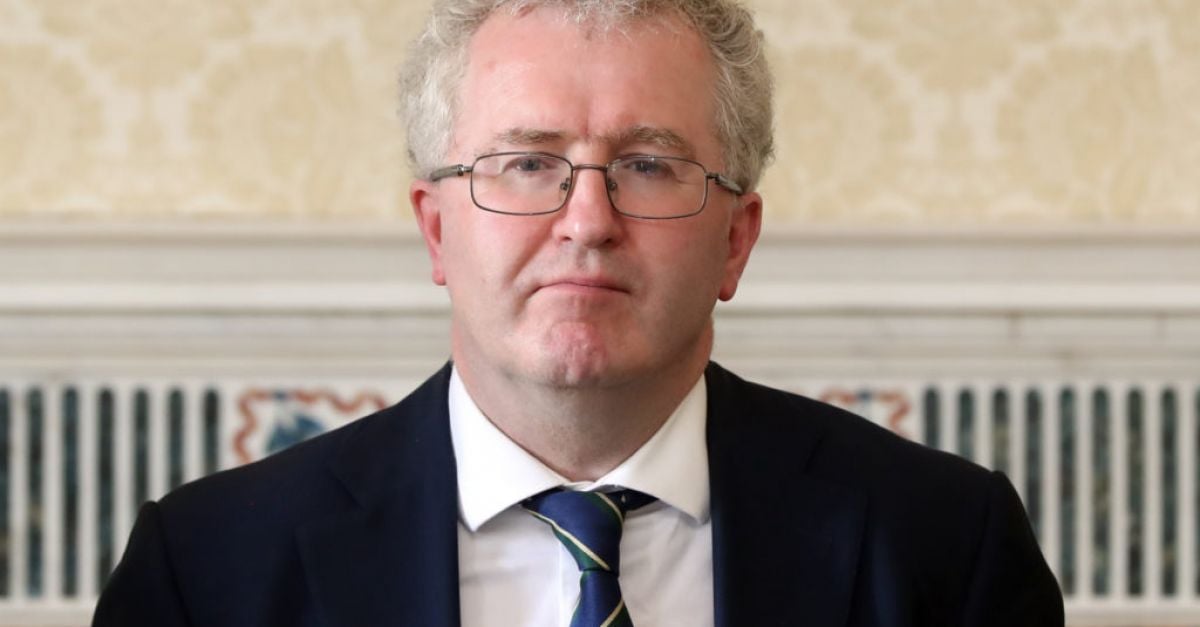 The Taoiseach has said “no further steps” will be taken against Mr Justice Seamus Woulfe over his controversial attendance at an Oireachtas golf event.

Micheál Martin said the Government had come to the decision after “very careful consideration” that the “constitutional integrity” of the judiciary was best served by not pursuing any action against the judge.

He also told the Dáil on Tuesday that the independence and the integrity of the judiciary was of “paramount importance”.

He said the Government had noted the “transparent and comprehensive” informal process carried out by the judiciary to address “legitimate concerns” around Mr Justice Woulfe’s attendance at an Oireachtas golf event in August in Clifden, Co Galway.

“The Government notes the important distinction between a resignation and the deliberately high constitutional standard of removal for stated misbehaviour,” Mr Martin said.

“After very careful consideration and having listened to the opposition leaders on this matter the Government believes the constitutional integrity of the judiciary is best achieved in this particular case by taking no further steps in this matter.”

Mr Martin emphasised that he was making the statement on behalf of the Government and that it was a matter for parliament “in its own time” to decide how it wishes to proceed against the judge.

The leaders of the political parties in Leinster House had met last on Friday to deliberate over whether it would be appropriate for them to trigger impeachment proceedings against Mr Justice Woulfe.

Chief Justice Frank Clarke has urged the former attorney general to resign over his handling of the controversy surrounding his attendance at a golf society dinner which was organised in variance with strict Covid-19 restrictions on public gatherings.

Mr Justice Woulfe has insisted his actions do not warrant him losing his job.

Sinn Féin leader Mary Lou McDonald told the Dail the chief justice expressing no confidence in a member of the bench remained “problematic”.

“I believe there ought to be some mediated solution to this particular issue,” she said.

Labour leader Alan Kelly said he was “very surprised” by the Taoiseach’s statement about Mr Woulfe as it “wasn’t meant to be a Government versus opposition issue”.

He said it would have been “polite and appropriate” of Mr Martin to come back to the opposition parties and inform them formally of the Government’s decision. He added that he would be “reluctant” in future to meet the Government on issues consequently.

Questions were also raised in the Dail over the process that led to the appointment of Mr Woulfe to the Supreme Court.

Justice Minister Helen McEntee has been facing increasing pressure from the opposition to explain why cabinet ministers were not informed that several other judges had expressed an interest in the role.

The Sinn Féin president said it was “absolutely essential” that Ms McEntee make a statement and answer questions in the Dail over the appointment of Mr Justice Woulfe to the bench.

The Government has refused demands from the opposition for a debate with the Justice Minister on the matter.

Ms McDonald accused the Government of denying the opposition the chance to put legitimate questions to Ms McEntee.

But Mr Martin said the process for Mr Woulfe’s appointment was “fully complied with” and that the Judicial Appointment Advisory Board had met in March and decided to recommend Woulfe suitable for appointment.

“There’s a clear process for the appointment of a judge by the Government, set out in the constitution and in law, and the process has been fully complied with in this case and only one name is ever brought to Cabinet,” the Taoiseach said.

Elsewhere, Ms McEntee read a statement to members of the justice committee on Tuesday outlining the process that led to the appointment of Mr Justice Woulfe. She insisted everything was handled appropriately.

“There’s a very clear process and as Minister for Justice I adhered to that process and the person that was appointed came through an official process,” she said.

Health Minister Stephen Donnelly later told RTÉ that it would be inappropriate to debate the appointment of a judge in the Dáil.

“A Dáil debate on why one judge was appointed over another judge, the Government believes that that would not be in line with the separation of powers,” he said.

The Judicial Council, which oversees standards in the judicial system, met on Tuesday afternoon to discuss the crisis within the Supreme Court.

Former chief justice Susan Denham carried out an investigation into the “golfgate” episode and found the judge’s conduct did not justify calls for his resignation.

Nevertheless, Mr Clarke expressed his own personal view that his colleague should quit, raising concerns not only about his attendance at the dinner but also subsequent comments he made to the Denham probe, in which he questioned the Government’s handling of the pandemic response.

Correspondence between the two men was made public by the chief justice earlier this month, a move that deepened the crisis engulfing the Supreme Court.

With the chief justice powerless to remove Mr Justice Woulfe from his position, the focus had shifted to the Oireachtas and whether politicians would pursue impeachment proceedings against the judge.

Mr Mac Lochlainn queried why the Taoiseach and the Green Party leader Eamon Ryan were apparently unaware that other judges had applied for the position.

He also queried why Mr Martin, while leader of the Opposition, had raised questions about the appointment of a former attorney general, Maire Whelan, to the Court of Appeal.

He said: “There was quite a row between himself and the then-minster for justice, Frances Fitzgerald, about this issue. So he has history on questioning the process of appointment. Yet he doesn’t appear to have raised any concerns this time.”

He added: “This is a really, really serious matter. It doesn’t get more serious than appointing a judge to the highest court in the land.

“This is the court that interprets the constitution on behalf of the Irish people.”

Social Democrats co-leader Catherine Murphy said the Justice Minister needed to explain what criteria was adopted before Mr Justice Woulfe was chosen for the Supreme Court ahead of three sitting judges.

Ms Murphy said Ms McEntee should go to the Dáil to outline the judicial appointments process.

“It’s not at all clear what weighting is given between the judicial appointments process and the direct application by judges,” she said.

“I think it’s absolutely essential the Minister for Justice comes in and explains that, in order that we can do our job and hold them to account.” 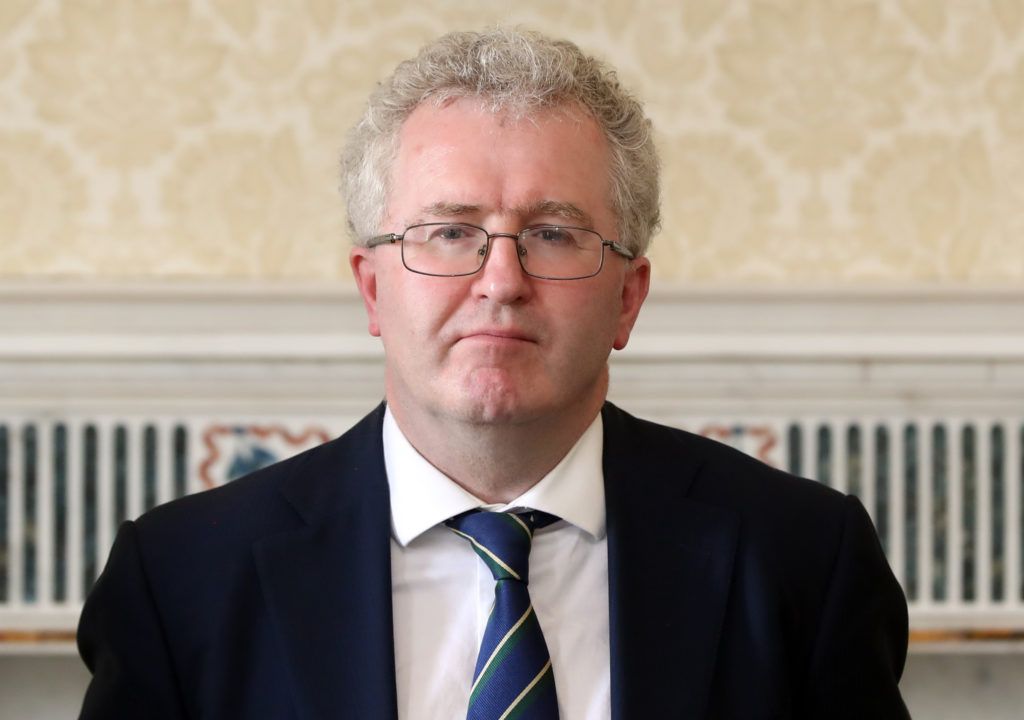