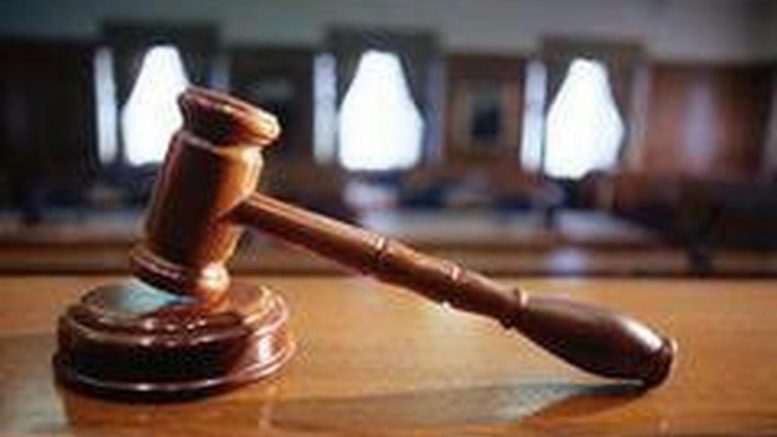 A Listowel woman threatened to give Gardaí the virus and spat on the ground as they approached her.

ernadette Finnucane (32) of Apartment 4, College Cross, Listowel, was before Listowel District Court last Thursday pleading guilty to a string of offences over the past year and a half, and she was warned that her drinking, described as a “common denominator” across the offences, must be brought under control before “something catastrophic” happens to her or someone else.

Ms Finnucane has been in custody since November 10. The evening previously, she broke a window at 2 College Cross, Listowel, and after Gardaí took details of the incidents, they returned to the scene after hearing of another disturbance and broken window.

When they returned, Ms Finnucane was barefoot, drinking from a bottle of wine, her hand was bleeding, and she was shouting profanities at the occupants of Apartment Two.

She was arrested, and a subsequent search found a Stanley knife concealed in her undergarment.

On March 24, 2020, at 8.30pm, Gardaí noticed two people, including Ms Finnucane, at Ballygologue Road, Listowel, shouting and roaring. She made threats against occupants of an apartment, who were not at the scene. She warned Gardaí that she had “the virus” and began spitting on the ground as she was approached, before she then ran to her apartment.

About half an hour later, Gardaí were called to the area again as Ms Finnucane was having a heated argument with someone. She was arrested at 9.10pm.

On August 16, 2021, at College Cross, Listowel, Gardaí were called to a disturbance at 9.25pm. Gardaí said Ms Finnucane, who was arguing with a male, was highly intoxicated and “a danger to herself and others in the vicinity”. She told Gardaí to “eff off”, and she was arrested and brought to Tralee Garda Station.

Twelve days later, she stole alcohol to the value of nearly €16 from Aldi on the John B Keane Road, Listowel. On the same date, Gardaí were called to a disturbance at Ballygologue Road, Listowel, and found Ms Finnucane in “a highly intoxicated state”. She told Gardaí to “eff off”, and in resisting arrest she had to be handcuffed before being taken to Tralee Garda Station.

The court heard that she has 10 previous convictions, primarily for public-order offences, and in July she was handed two three-month sentences for two assaults on May 21, 2020. The sentences were suspended for a year.

Defence solicitor Pat Mann said there would be no effort to excuse her behaviour, but he added that alcohol was “the common denominator” in the incidents.

He commented that she looked “dishevelled and waif-like” on a previous appearance before the court and that was there was “a lot going on in the back-ground”, but “behind it all, she’s a good person”. He pointed out that she hadn’t sought bail and went into custody voluntarily in November.

When she comes before the court, she always pleads guilty to not take up the court’s time, he explained, and Mr Mann asked Judge David Waters to take this into account.

Judge Waters convicted and sentenced her to five months in prison for possession of a knife on November 9. A three-month sentence for breaking a window on the same date will run concurrently.

The November 28 theft also resulted in a three-month sentence, again to run concurrently.

The public-order offences related to the incidents before the court were taken into consideration.

Man tore his summons and threw it on the ground