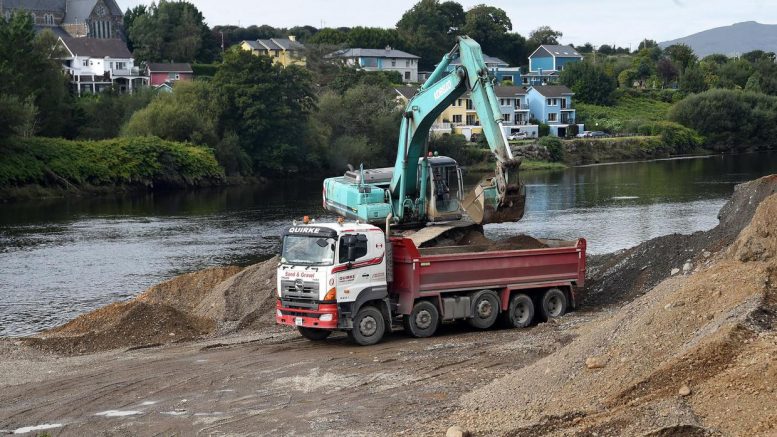 Recent dredging works at the Laune River in Killorglin could clear the way for the return of lucrative regatta weekends to the mid Kerry town.

illorglin Rowing Club chairperson Michael Fleming said his club is delighted at the work that has taken place at the river, which he told The Kerryman took place over recent weeks and is now complete. He said that the build-up of gravel at the site has had a significant impact on the club, not least on the town’s ability to host events that previously brought thousands of people to Killorglin.

“The objective of the works was to dredge the river because the gravel was gone out of hand,” he said. “We couldn’t move boats up and down the river because of it. Going back generations, gravel would have been taken up, but with the last 20 years, nothing has been taken out, and it gathers up below the bridge. It [this work] was badly needed.

“We haven’t had a regatta in Killorglin with over 10 years…When we were having regattas, they’d bring a few thousand people to town for a weekend, and we lost all that, and income as well because of that.”

Mr Fleming said the club secured planning for the project in the past five years, but the work itself has had to be spread out over three years. This was because the project could not interfere with salmon runs, leaving a very limited window in autumn time to allow works to take place.

Mr Fleming said there are no immediate plans to host a regatta as the club reflects on a hugely successful year – which included the participation of local rowers Monika Dukarska and Aileen Crowley in the Tokyo Olympics – but he thinks the possibility will be looked into in the near future.