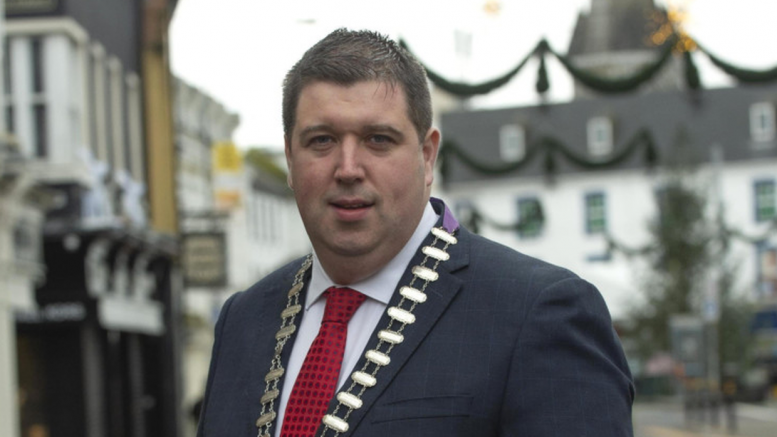 Killarney Chamber of Tourism and commerce have expressed serious concerns over the confusion surrounding the future of the Kerry Dublin flight route.

he influential business and tourism lobby group also expressed shock that Kerry Airport had been omitted from discussions between the Department of Transport and airlines regarding the future of the service.

The chamber said it is now vital that full and immediate discussions need to be held between the Department of Transport, Kerry Airport and any third party interested in tendering for a PSO-supported Kerry-Dublin service.

“While the interest of Ryanair in operating the service is greatly welcomed, given the success and shrewd business approach of the airline and its long established links with the county, it is disconcerting and quite difficult to comprehend why there have been no formal discussions on the matter with Kerry Airport,” said the chamber in a statement on the situation last week.

Chamber President Cllr Niall Kelleher said due diligence must be observed in the entire process and terms must be agreed by management at Kerry Airport before any deal is agreed and any service is launched.

Cllr Kelleher said it is Killarney Chamber’s understanding that Kerry Airport completed the tender process and that it believed a contract for the PSO was imminent, as indicated by the Department of Transport.

“In the meantime, if a commercial agreement is reached, it will take several months for Kerry Airport to increase and train employees to deal with lager aircraft on this route and on this frequency.”

“When Ryanair previously discontinued the Kerry-Dublin route, stating that it wasn’t viable, Kerry Airport had to make half of its staff redundant. The Chamber hopes that the current situation is not a case of history repeating itself.”

The Chamber President said it is essential too that when the service is restored, it will deliver a minimum of two flights per day between Kerry and Dublin to enable same-day return for passengers.

“The short commute time from Kerry to Dublin is an enormous benefit for business interests in the county needing swift access to the capital and, indeed, for those seeking to travel on flights to onward destinations,” Mr Kelleher stressed.

Killarney Chamber of Tourism and Commerce said it is very conscious of the fact that the service ensures that Kerry has access to a major hub in relation to potential tourism growth which is vital to support the economic wellbeing and development of the south west region.

“The Chamber acknowledges and appreciates the fact that Kerry Airport, in addition to being a valuable employer, serves as an economic driver for the region and has a major impact on the social and economic infrastructure of the county”.