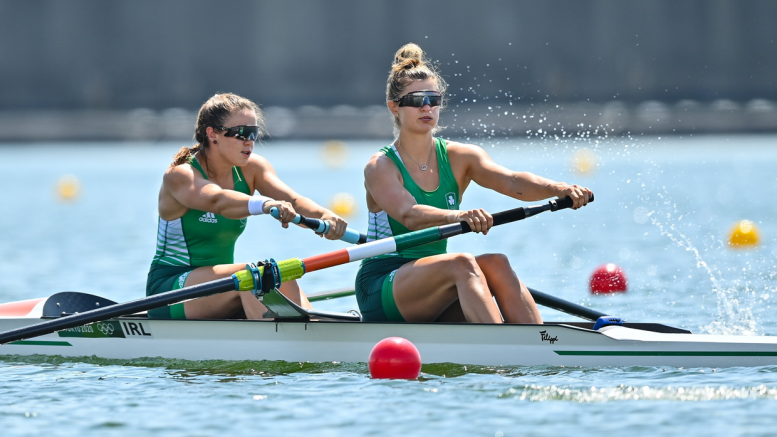 There has been nothing but pride in the Kerry this week given the sporting successes achieved by the Kingdom’s very own, and not least of these are the performances of our rowers, who have already taken to the Olympic Stage.

y the time The Kerryman hits the shelves, the two Killorglin rowers, Monika Dukarska and Aileen Crowley, will have competed in the semi-finals of the W2 event at the 2020 Olympics in Tokyo having finished third in the repêchage in the early hours of Sunday morning (Irish time). Having failed to place in the top three positions in their first race, they were given a second chance in the repêchage and duly snatched the opportunity.

It is no easy task to reach a semi-final given the standard of rowing in the field, and their families, friends and fellow club members in Killorglin and Muckross Rowing Clubs are rightly proud.

So, too, are all of us here at home to have not one but three Kerry Olympians in Tokyo this year.

David Kenny from Firies will compete in race walking on August 5, flying the Kerry flag again on the world stage.

Mayor of Kerry, Jimmy Moloney, said to reach the Olympics is a “tremendous achievement”:

“Kerry has a proud tradition in the Olympics stretching all the way back to the first Games in Athens in 1896, when John Pius Boland, later an MP for Kerry, won the singles and doubles tennis competition.

“The Kerry trio taking part in this year’s event join a great pantheon of Irish athletes who have competed at this level and can take great pride in getting this far.”