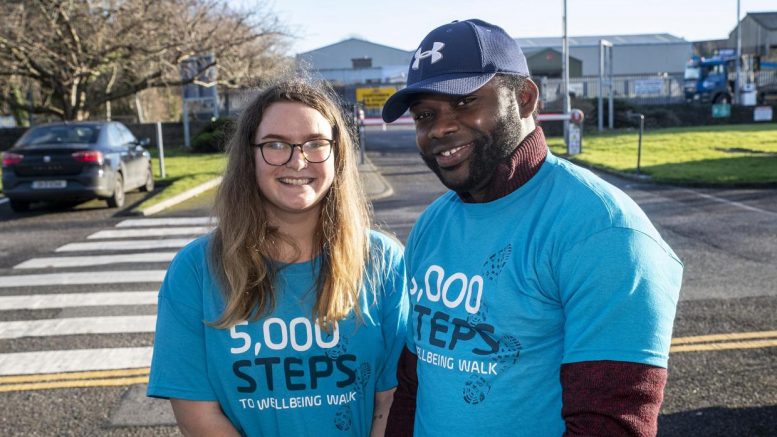 Students from the Kerry College in Tralee had their hands full last week as they organised and held a live-performance concert at the Clash Campus to help raise funds for the Mental Health Ireland charity.

he event was called ‘Pass the Aux’, and it was organised by students from a number of third-year music performance groups, who came together and decided that they wanted to do something for charity.

Speaking to The Kerryman, Loz McCarthy, a music tech co-ordinator with Kerry College, said that the students did a wonderful job organising the event and that they already have plans to do it again next year to, hopefully, a bigger audience.

“They learned and rehearsed lots of different songs, and they actually played some of their own original songs as well,” Loz said. “We got involved with the art department, the multimedia department, and they helped us out with a few things, so it was quite a collaborative effort. They even went off themselves and got spot prizes from a lot of different businesses.

“They obviously couldn’t have the crowd they wanted on the day because of COVID, so they performed for the staff and it went really, really well, and we were all delighted for them. They all had a great time. It was streamed live to Instagram, and it was recorded as well, and I think the recording will be going up on the Kerry College Facebook soon enough,” Loz continued.

Loz added that the event had raised, at the last count, over €600 for Mental Health Ireland.

“They all felt that it was a really important charity to raise money for because it is something, mental health, that really affects young people,” she said.

Fight is on to free local man jailed in Greece

NY Governor goes green and gold next to Cork Taoiseach