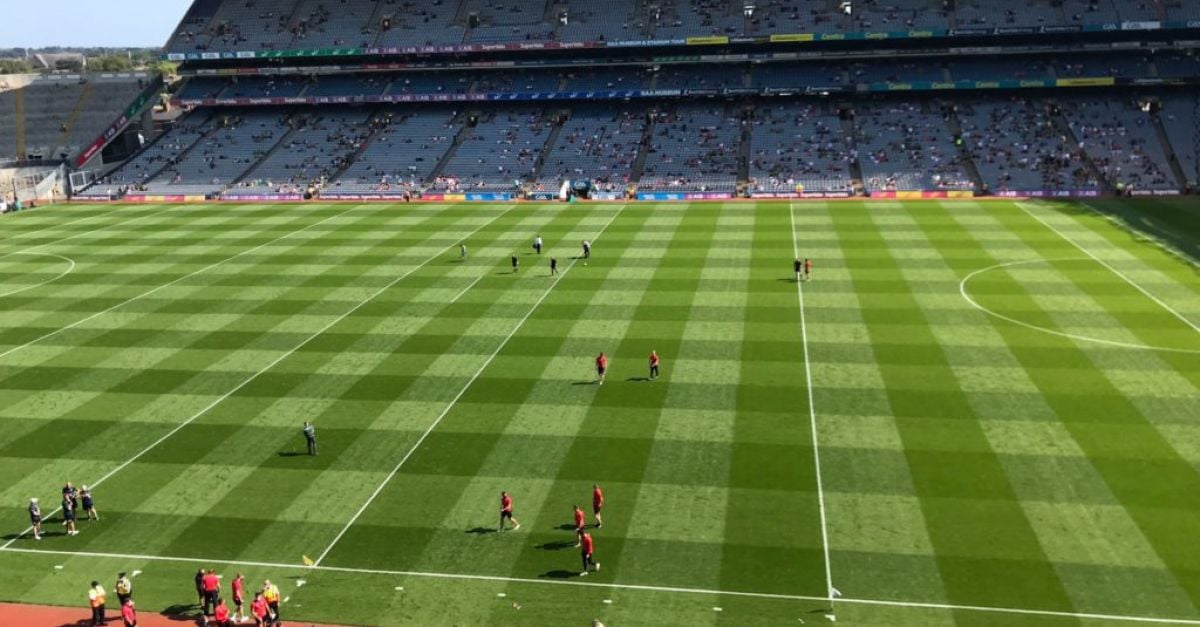 Kerry are out of the All-Ireland Senior Football Championship.

They’ve lost to Tyrone in the last four by 3-14 to 0-22, extra-time needed to separate the sides.

David Clifford had the first two points of the encounter, inside 4 minutes. Tyrone were level within 4 more minutes, and in front a minute later. Sean O’Shea pointed Kerry level but Tyrone went back in front, 0-4 to 0-3 in the 12th minute. They then doubled the advantage. A Sean O’Shea point just before the water break cut the gap to one again at 5 points to 4. The next score, a David Clifford point, had the Kingdom level once more. It looked like Stephen O’Brien had goaled for Kerry but the effort was disallowed as he was in the small square when the ball came to him. Tyrone then had the ball in the net, and it counted Kerry responded with a David Clifford point and the score stood at Kerry 0-6 Tyrone 1-5 after 27 minutes. Sean O’Shea halved the deficit 3 minutes from half time in an entertaining game, albeit lacking in quality. Tyrone pointed through corner back Padraig Hampsey to go 2 to the good again. David Clifford pointed in added on time to reduce that gap to the minimum and then Sean O’Shea brought the Kingdom level. A monster kick from distance from a Niall Morgan free had Tyrone ahead at the break; Kerry 0-9 Tyrone 1-7.

Tyrone doubled the lead upon the resumption but David Clifford replied almost immediately. Clifford it was who then equalised before Niall Sludden of Tyrone received a black card. Kerry sub Killian Spillane had a goal chance from an angle but this was well blocked; the resultant 45 was put over by Sean O’Shea and Kerry were in front by 12 points to 1-8 after 45 minutes. Paudie Clifford doubled the advantage almost immediately. A Tyrone free halved the deficit. After 54 minutes a Sean O’Shea free doubled the Kingdom lead. At the water break it was Kerry 0-14 Tyrone 1-9. Tyrone had the first point after that break to leave the minimum between the sides. Tyrone’s hopes suffered a severe blow when Darren McCurry was black carded 10 minutes from the end. 4 minutes from time tom O’Sullivan had Kerry 2 to the good at 15 points to 1-10. In the 69th minute Tyrone cut through Kerry for their second goal of the day A Sean O’Shea free brought the Kingdom level entering 9 added on minutes. Tyrone played keep ball as they worked their way through for a 76th minute point to go in front by 2-11 to 0-16. David Clifford equalised one minute later and we were heading for extra-time.

Tyrone had the first say of extra-time, a point after 3 minutes. They soon doubled their advantage and a goal quickly afterwards had them 5 clear at 3-13 to 0-17 A Paul Murphy point reduced the deficit, and a Diarmuid O’Connor score made it a 3 point game. Tyrone quickly brought that gap up to 4. Just before half time in extra time Sean O’Shea put over and it was a 3 point game. HT in ET: Kerry 0-20 Tyrone 3-14.

Kerry had the first point upon the resumption, through Paul Murphy. That was followed by a Paul Geaney point and it was now a 1 point game; Kerry 0-22 Tyrone 3-14 midway through that second half. There was no further scoring; Tommy Walsh had a late chance to equalise but that shot was no good.

Be the first to comment on "Kerry exit All-Ireland Championship"