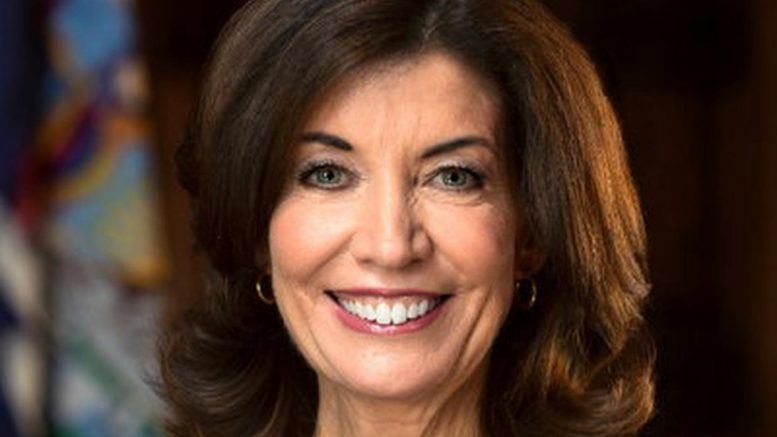 A daughter of Kerry is to take on one of the most powerful political jobs in the world, as she assumes the role of Governor of New York following Andrew Cuomo’s resignation on Tuesday evening in the midst of a harrassment scandal.

ieutenant Governor Kathy Courtney Hochul, now comes to the role as a hugely popular Democrat of centrist sensibilities with west Kerry blood in her veins. She is the granddaughter of Maharees couple Jack and Mary Courtney (née Browne), who left the tombolo separately on their paths to the US nearly a century ago.

Her grandfather, Jack, emigrated, aged 21, in 1930, initially working on potato farms in Montana before moving to Chicago, where he met his wife, Mary, née Browne, from Kilshannig. They would settle in Buffalo, New York, where they founded the Buffalo Irish Centre, among many other contributions to the ex-pat community.

“Though they met and became a couple in the US, they would have had to have known each other from home having grown up so near each other,” a relative of Lt Gov Hocul’s told The Kerryman earlier this year.

Kathy and her lawyer husband, Bill Hochul, made a huge impression on their Irish relatives on a number of visits – including one occasion when the high-fliers stayed in the Maharees in the 1990s: “You would never take her for a politician as she is so nice and humble,” one of her relatives at home, who didn’t want to be named, told The Kerryman.

Oisín Murphy: ‘Dream is to win at Killarney’