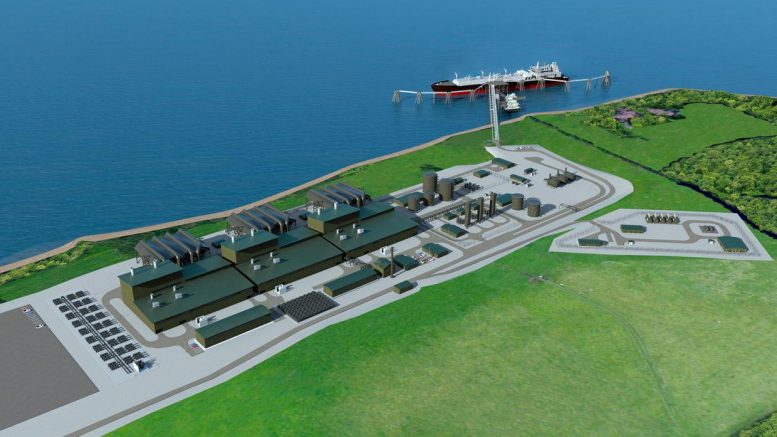 THE policy context in which Shannon LNG’s plans for its long-proposed €650 million gas plant and power station on the Landbank are being considered by An Bord Pleanála is shifting dramatically – as the Government moves to enshrine the importance of gas-derived power to our near-term future in policy.

n a statement issued earlier this week, Minister for the Environment Eamon Ryan set out as policy that gas-generated electricity is to play a vital role in helping the country make the transition to the targets of 80 per cent renewables by 2030 and net zero carbon emissions by 2050, without forcing power outages on households or destabilising the economy.

It’s a policy that paves the way for the construction of new gas-fired electricity plants to supply an extra two gigawatts of power.

Gas emits much less carbon than other fossil fuels such as peat, oil and coal on which humanity has relied for power for so long.

Supporters of the LNG plant now hope the policy statement could pave the way for An Bord Pleanála to greenlight the project – as the Appeals Board has to consider Government policy in its decision making. The plans include a 600MW power plant on the complex envisaged by Shannon LNG.

But climate campaigners fear the Government decision will have disastrous implications. They say it will lock the State into fossil-fuel use long into a future that is already a cause of grave climatic concern.

The policy statement also sets out how future Government policy will be informed by the review of the security of energy supply of Ireland’s electricity and natural gas systems that is currently in train.

The policy approves ‘the development of new conventional generation (including gas-fired and gasoil/distillate-fired generation) is a national priority and should be permitted and supported in order to ensure security of electricity supply and support the growth of renewable electricity generation.’

Perhaps crucially for the future of the LNG plan it states: “It is appropriate for additional natural gas transmission and distribution grid infrastructure to be permitted and developed in order to support security of electricity supply.”

Proponents of the plant have long argued the plant would shore up major weaknesses in the State’s energy – from the current over-reliance on imported gas to the looming crisis in electricity generation .

Friends of the Earth Ireland said the policy is utterly out of keeping with the State’s objectives under the Paris Agreement: “Any story about new fossil gas infrastructure must come back to the fact that locking-in more fossil gas runs counter to our Paris Agreement objectives to limit global heating to 1.5 degrees,” head of policy Jerry McEvilly said, adding:

“The Government must be clear on how they intend to minimise the use of gas plants, and on how they will ensure transparency when it comes to the polluting emissions associated with these plants.”

Fine Gael Ballylongford-native Councillor Mike Foley, an advocate of the gas plan, welcomed the move: “I welcome the new Governments Policy statement to ensure security of electricity supply to 2.4 million homes and business…The security of this supply will be delivered through the development of gas fired generating stations which will generate 2,000mw of electricity.

“This new policy change is a direct result of the issue of eight amber warnings in the last year. It highlights the fact that we need gas well into the future until alternatives are found to ensure a steady supply of electricity.”

Cllr Foley said the time was nigh for the Government to look once more at the role of LNG:
“Now it is time that our Government and Minister Ryan looks at security of gas supply.
“Europe is currently going through an energy crisis and Ireland’s reliance on imported gas which will increase with the anticipated decline of gas supply from the Corrib gas field highlighting the importance of the importation of Liquefied Natural Gas.”