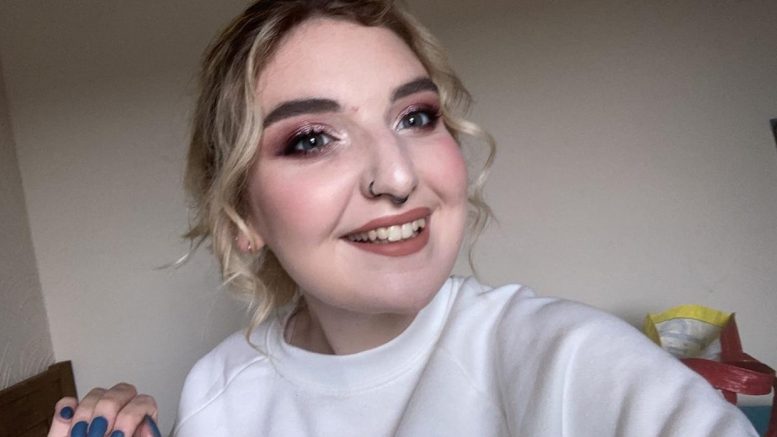 A student who deferred the final year of her master’s degree due to the cost-of-living crisis says young people are struggling to make ends meet.

sychology student Cara Coffey (22) was due to begin the second year of her applied behavioural analysis degree at University of Galway – but realised she couldn’t afford to cut back on her work hours, due to the price of her rent and energy bills.

The college has revealed how 300 people have so far opted to defer their studies this year, with 92 students citing accommodation issues as the reason.

Dozens of students staged a protest over the accommodation crisis in Galway city last night, by sleeping out in tents.

Cara, who is originally from Co Kerry, lives in a house on Eyre Square with four other people.

She shares a room with her partner and they pay €460 each. Another tenant in the house is paying €800 for a single room.

“Last week we got three days’ notice to pay the electricity bill, and I had to borrow the money from my boyfriend as I didn’t get paid until this week,” she told the Irish Independent.

Cara, who has struggled with her mental health, found college life and studying psychology has helped her become more self-aware and to recognise when she needed help.

She said she was “kicking herself” over having to defer her studies for a year.

“I would literally be paying my rent and living off pasta if I didn’t. The thing is, now that I’m taking my leave of absence for a year, I have to save so I can put myself in the position to do my master’s.

“I was meant to only work one to two days a week while studying, but I did the maths and realised it wasn’t enough to live off of, with rent and everything else.

“It almost feels like a privilege to be able to go to college and not worry about money. Going to college is such a basic thing. Everyone should be able to do.”

While Budget 2023 announced a range of initiatives to help students deal with the rising cost of living, for some it did not go far enough to help with the accommodation crisis.

Sai Gujulla, president of the students’ union at University of Galway, was one of 30 people who slept in tents in Eyre Square to highlight the plight of students.

“People are commuting two and three hours a day, many people have deferred, and some people are living on their friends’ couches.

“The Budget provided no mention of funding for hybrid learning to help students in this situation. There are no long-term plans to deal with the lack of accommodation.

“We’ve already seen on the news how an Erasmus student from Germany had to sleep in a tent – and that shows how bad the situation has become.”

The University of Galway SU shared an article from yesterday’s Irish Independent about student Jessica McGirr, who told reporters how she is living out of her car because she can’t find somewhere to live.

“This is why we are staging this protest,” the SU said.