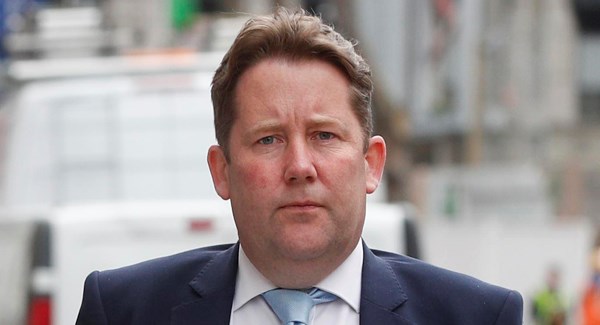 The Minister for Housing has written to the Residential Tenancies Board (RTB) calling for an investigation into the circumstances surrounding a controversial eviction in Dublin last week.

It comes as several men dressed in black clothing with face coverings, caps and sunglasses entered a house in Phibsborough to evict nine tenants.

They instructed the tenants on Berkeley Road in north Dublin to leave before boarding up the front door and windows.

In a letter to the chair of the RTB, Housing Minister Darragh O’Brien said he is “deeply concerned about the treatment of the tenants concerned and wants to ensure that they are treated fairly, respectfully and within the confines of protections provided in the Residential Tenancies Acts”.

Many people watched the distressing video from Berkeley Rd last week. I have written to the RTB asking them to begin an investigation into the incident & report to me without delay. I am deeply concerned about the treatment of the tenants & want this case prioritised by the RTB. https://t.co/ShSylzOQlp

According to the Irish Times, the Minister directed the RTB to “fully investigate this incident and to make a report to me, with relevant recommendations, as soon as possible”.

He has asked that the RTB consider starting an investigation under its powers and also that it would “prioritise any dispute that may be brought to you by the affected tenants in relation to this termination”.

“On receipt of your report I will swiftly consider it and move to implement any relevant recommendations that will further protect tenants”.

The group of tenants were later allowed back into the property following their eviction after it was deemed to be invalid.

Inner City Helping Homeless (ICHH), who stepped in to provide emergency accommodation for the tenants, said the house had been badly damaged.

ICHH chief executive Anthony Flynn described the scene: “The toilets were smashed, the electricity was switched off and there were doors that were pulled off.”

Gardaí have launched a criminal investigation into “alleged criminal damage” at the property.

Video footage showed a number of gardaí attended the eviction and watched as one of the tenants was physically removed from the property.

In a statement released on Saturday, An Garda Síochána said it was “very aware of current public discourse” around the incident and that as an organisation gardaí must “listen and learn from our experiences”. 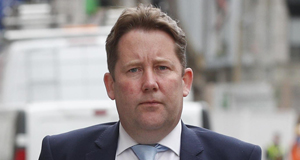