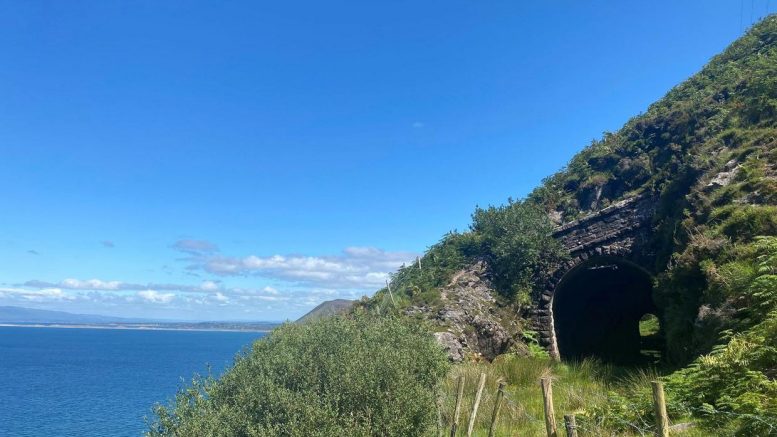 The long-awaited green light for the South Kerry Greenway has been warmly welcomed in Iveragh as the community now begins to plan for a bright future, with work expected to begin this year on the multi-million-Euro project.

t comes as the Supreme Court rejected two appeals against the development of the greenway yesterday (Tuesday).

“This project will be of enormous benefit to south Kerry and the entire county from an economic and tourism perspective. It has the potential to attract thousands of visitors to the area every year,” said Cllr Cahill.

“This is a historic day for the Iveragh Peninsula and the whole of County Kerry. It will be one of our most iconic attractions and leisure amenities, and I look forward to its construction over the coming years.”

Cllr Norma Moriarty (FF), who has long advocated for the project, said that this is ‘positive’ news for the entire region.

“It is so positive, it will bring an economic boost and a wonderful amenity to the area for all. It will be one of the most magnificent greenways in the country,” she said.

Cllr Patrick O’Connor-Scarteen also welcomed the greenway. He said there was “a huge sense of happiness, hope and optimism throughout the community.”

A three-judge Supreme Court, on an application brought by environmental activist Peter Sweetman and local farmer James Clifford, ruled no matter of general public importance had been shown to arise in the application for leave “nor indeed have exceptional circumstances warranting a leapfrog appeal been identified”.

To a second application to the court by the Greenway Information Group and a number of local landowners, the court said it was not satisfied the constitutional criteria for admitting an appeal to the Supreme Court had been met.

The court said the grounds of appeal failed to disclose any matters that are of general public importance. It also said no case law or other legal argument as to why An Bord Pleanála was wrong to grant a compulsory purchase order was put forward.

Chairperson of Cahersiveen Chamber Alliance Richie O’Connell said, “This is great news. Business owners have plans based on the greenway which they have been sitting on for years, and now they can invest. We hope it can get to construction as quickly as possible”

He added that “every concession be made to landowners” to help ensure the project runs smoothly and any fears are allayed.

“I am calling on every Minister around the Cabinet table to see this project as one of national importance and to prioritise the allocation of funding to allow for construction immediately,” he said.

He added that the project will benefit communities along the route:

“The greenway will be absolutely transformational, not only for the South Kerry region but for the county as a whole.”

Funding of more than €5m is already announced – some of which is in dormant accounts but also includes €1.5m in funding announced for the project last December.