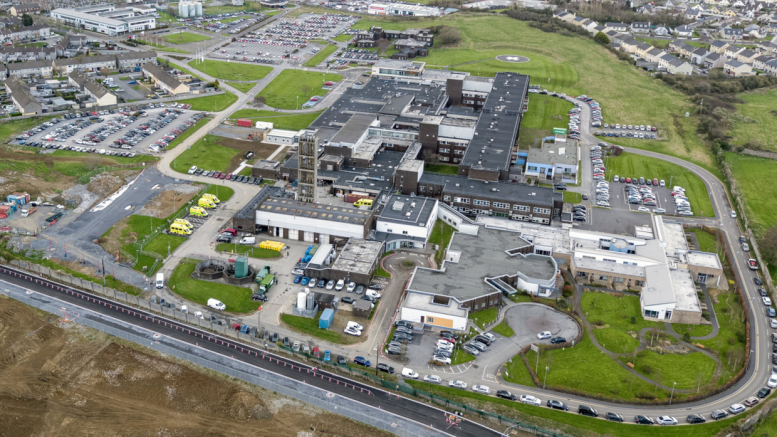 A newly published HIQA report following an inspection at University Hospital Kerry last December has highlighted that the hospital did not having a consultant microbiologist on-site at the time.

his was identified as a ‘high risk’ by the report, which found UHK fully compliant with just one of six national standards for prevention and control of healthcare-associated infections last December.

While the consultant’s advice was described as “valuable” by hospital staff, the lack of an on-site presence did affect infection prevention and control at UHK.

Inspectors were also unclear as to contingency plans for microbiology services should demand for these services increase, and it was also unclear what arrangements were in place to ensure “clinical governance oversight of microbiology reporting”.

The inspection focussed on how the hospital organised itself to minimise the spread of infections, with a particular emphasis on preventing, detecting, and managing COVID-19.

During the inspection, inspectors spoke with managers, staff, and representatives the Infection Prevention and Control Committee. Inspectors liaised with patients as well, and reviewed documentation, data, and the clinical environment in sites such as the Annagh and Sceilig Wards, the COVID and non-COVID pathways at the hospital respectively.

The lack of an on-site consultant microbiologist was a key factor in the hospital being judged as ‘Non-compliant’ under the ‘Workforce’ heading.

The report also stated under this theme that UHK did not have a surveillance scientist in place at the time of the inspection, despite this being on the hospital’s risk register for several years; there were not enough microbiology lab scientists for weekend antimicrobial sensitivity readings; and attendance at hand-hygiene training needed improvement.

The hospital was only ‘partially compliant’ under the headline of ‘Effective care and support’. Insufficient numbers of shower and toilet facilities were in place in the Sceilig Ward, and infrastructural and maintenance issues in the inspected wards did not allow for effective cleaning.

The report also found that staff members were not observing physical distancing in the day room during meal breaks, and there were no single rooms with specialised ventilation systems on inpatient wards and critical care units.

The inspectors spoke to a number of patients, who were very positive and satisfied at the standard of hygiene and care in place. The patients were also pleased with staff practices in place to limit the spread of infection.

The hospital’s best result was under the heading of ‘Safe Care and Support’. The report found UHK was prepared for “proactive identification, assessment, mitigation, monitoring and reporting of infection risks in line with HSE risk management and guidance”. A corporate risk register was in place, reviewed, and updated every two months, and risk assessments important for managing COVID-19 had been undertaken and recorded.

Incidents of health-care-associated infection were reported in line with national standards, and inspectors learned that the hospital had sought approval to develop a 40-single-room module.

The hospital was substantially compliant in all other areas.

HIQA was also told that the covering microbiologist would attend the hospital once possible.

Calls for a joint Kerry GAA and Rose of Tralee museum