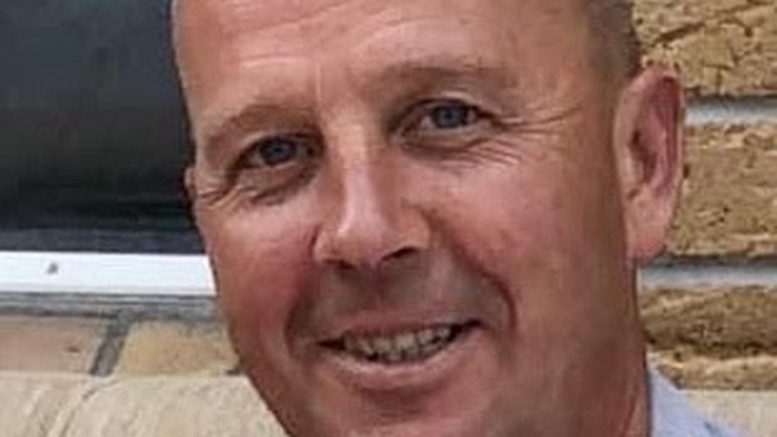 Shane Burke comes from a family that loves him and a community where he is described as a ‘likeable character’.

enit was Shane’s home. The place he liked to train horses and go oyster fishing when the season was right.

He worked as a bricklayer, which meant his grá for banter was never in short supply.

COVID lockdown changed Shane’s world. Being isolated from his family and having his social pursuits withheld, exacerbated his battles with addiction.

Like all human beings, Shane was fragile and had frailties. He was also emotionally vulnerable at the time of his death.

Shane had just turned 43 when he was found unresponsive in the back of a Garda van on February 23, 2022. He was arrested in Newcastle West for being drunk.

All efforts to resuscitate him failed and he was pronounced dead at University Hospital Limerick (UHL) a short time later.

Shane also had injuries to his body, but it’s not known where or how he sustained them. The family is now awaiting an inquest to establish further information.

Shane’s sister, Jennifer, is campaigning for the Gardaí to receive better training on how to deal with people arrested for being intoxicated, and who may be extremely vulnerable due to a variety of social and personal circumstances.

The assertion that everyone who is arrested for being drunk is somehow linked with excessive socialising, isn’t always the case.

Jennifer feels there is a growing need for further training in this area, which, she claims, is even acknowledged within certain sectors of An Garda Síochána.

Jennifer also questions if it is an infringement on an individual’s human rights to arrest and apprehend them while intoxicated and vulnerable, supposedly for their own betterment.

“We don’t know exactly what happened to Shane that night. But what I did say to the Garda Ombudsman at the time was that once Shane was locked into the back of the Garda van, his rights were taken from him to help himself. That would be one area I would have a contention with,” she said.

“The entire community absolutely liked Shane. He was the type who had that perfect Irish personality and the gift of the gab. He was helpful and had many good traits,” she added.

This dates as far back as 2009 when the European Commission on Human Rights published 36 recommendations aimed at improving human rights standards within the Garda.

To some extent, provision already exists within An Garda Síochána to be receptive and adaptable on this issue.

Its ‘Human Rights Strategy 2020–2022’ states that human rights are ‘not static’ and that mechanisms can be implemented to ‘capture developments in policy’, whether through the Irish courts or European courts, that affect principles underpinning human rights.

“Through my research, I contacted the Minister for Justice. There are so many people, including the Gardaí, who are passionate about bringing about this change in how drunk, vulnerable people are treated,” said Jennifer.

“There also needs to be more input from the medical sector. If you are dealing with someone who is intoxicated, they are very difficult to talk to.

“That is a frustrating job for the Gardaí. They themselves have said in past reports, on similar cases as Shane’s, that more training on de-escalation and dealing with vulnerable people is required.”

The Burke family feel some of Shane’s personal issues at the time are linked to when COVID lockdowns were introduced.

Jennifer puts it bluntly which she says, ‘lockdown totally got the better of him’. Shane started to drink more alcohol and later told his family he was addicted.

Jennifer remembers on the day Shane died being at home watching a news report that revealed 1 in 4 people have died from an alcohol-related illness since the first lockdown in March 2020.

“I was looking at that thinking about my brother. Little did I think he would die that very day in an alcohol-related incident,” said Jennifer.

“We found it difficult to get help for Shane at the beginning. You can’t really be put on a waiting list for something like this. Vulnerable people need rapid support. There also needs to be better supports in place for addiction in the post-stages of recovery.

“As a family, it was harrowing to watch. Trying to help Shane became a community effort as so many people had time for him. We eventually got him into a treatment centre in Limerick; that was a massive move on Shane’s part as he was a pure home bird. Him leaving the county was a big step as he loved home,” she said.

Jennifer goes on to explain how lockdown disrupted Shane’s link with family. He adored his children and grandchildren. They were the centre of his universe and the driving force behind convincing him to attend a treatment centre.

Missing out on get-togethers in the family kitchen also disconnected Shane from the family circle that was so important in his life.

“We’re a very close family and all these things that would have distracted Shane just suddenly stopped. He had addiction issues before COVID but nothing to the degree of lockdown, it just spiralled. Never had Shane drank at home before COVID but he started to drink heavily.” said Jennifer.

If there is to be a positive arising from Shane’s death, Jennifer wants it to be the implementation of changes in how sufferers of addiction are dealt with. This, she believes, requires a societal response as much as a Garda one.

“It’s only when it comes to your own door that you realise this. We must be more compassionate when we see someone who is inebriated or has addiction issues in that they are not pests,” she said.

“Yes, admittedly, Shane had injuries on the night he died. But let’s do something positive because nothing is going to bring him back.

“We have no anger in our family. We were confused and frustrated initially as my brother was not that kind of human being. He would always admit his faults. If he were here now, he would want us to find a way of solving this for the next poor soul,” she said.

Kerry Hospice in need of artists for Christmas card fundraiser