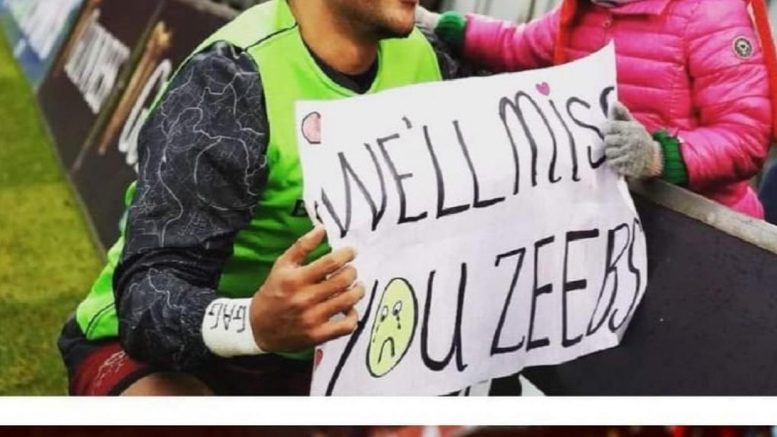 When Simon Zebo left Munster for Racing 92 in August 2018 no one was more disappointed to see him go than his biggest fan, Hanna O’Connell from Abbeydorney.

ll of this emotion combined to make Zebo’s return to Thomand Park on Saturday evening an extra special occasion for Hanna as Zebo made her out in the crowd at the final whistle and presented her with his game boots.

Hanna’s smile, which lit up the autumn evening, could be seen from Thomand to Abbeydorney marking a truly memorable occasion for Hanna and her mother Marisa.

Speaking after the match, Hanna’s mother said: “As if seeing Simon Zebo back at Thomand Park wasn’t good enough, he only went and found Hanna in the crowd to give her his match boots. Thank you, Simon, for once again making Hanna feel so special. Amazing to have you back.”

In April 2019, Zebo invited Hanna on a VIP trip to Paris to see Racing 92 and gave her and rugby-mad mom, Marisa, a tour of the stadium including a signed Racing 92 flag and jersey.

But the boots Hanna received on Saturday evening were made all the more special given that Zebo had scored a brace of tries in Munster’s 42-17 hammering of Sale Sharks before a crowd of more than 10,000 fans, who revelled like never before marking the return of big night games at Thomand Park after 18 frustrating months for the red army.