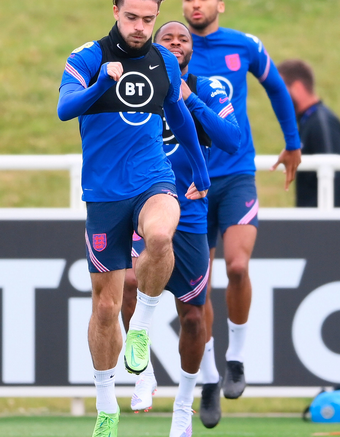 Six years on from declaring for England, Jack Grealish, who lined out for the Republic of Ireland at under-age level, remains one of the most divisive figures when it comes to sport in this country.

t’s a very different picture in the Sneem area, however, where Jack’s late grandmother, Margaret O’Sullivan, remains in some locals’ memories. She left Ireland with nothing, and just two generations later, her grandson’s talents are valued at £100million, according to some reports.

And for Gerry Foley and his family, there’s more than a local connection to be proud of. Jack is Gerry’s cousin, and he is hopeful that, some day, he will be able to make contact with his famous relation.

“I live in Letterfinish, about four miles from Sneem,” Gerry explained to The Kerryman. “Margaret’s mother, Annie Foley, would be Jack’s great-grandmother, and she would have been my grand-aunt.”

“Gerry’s home place is where Jack Grealish’s great-grandmother came from, Eskine,” Gerry’s wife, Deirdre, said. “Jack Grealish’s grandmother was Margaret O’Sullivan, and some people around here still remember her. She worked in Hilary’s [O’Sullivan] shop in the North Square.

“It’s more of a coincidence, but our twin daughters, Annie and Margaret [4], share their name with Jack’s grandmother and great-grandmother. Our son, Matthew [8], is still a bit young to follow it all, but he is getting into sport, especially with our local GAA club, Sneem/Derrynane.”

Jack Grealish during an England training session at St George’s Park on Saturday in Burton upon Trent, England. Photo by Laurence Griffiths

Jack Grealish during an England training session at St George’s Park on Saturday in Burton upon Trent, England. Photo by Laurence Griffiths

Gerry said he became aware of his connection to Grealish when debate raged over which national team Grealish should declare for. While Gerry has not had contact with him and does not believe that Grealish has ever been to Sneem, his family understands that Jack’s sister has visited their grandmother’s home patch, and Gerry hopes that, through family members in Birmingham, he can one day make contact with the Aston Villa star.

While Gerry is a Liverpool supporter and won’t change his allegiances, he is proud of his cousin and defended his decision to declare for England, who were in action against Germany as The Kerryman went to print.

“We all wish he declared for Ireland, but it was his choice,” he said. “As for the Euros, we follow English clubs, and I don’t mind if England win it. My only worry is that we’d never hear the end of it!

“It’s hard to believe that he’s valued at £100million now when you think of where his grandparents came from…It’s unbelievable for someone to have left this country with nothing, for that kind of value to be there now…We in Sneem wish him every success, and we will look on with pride in years to come.”

As an aside, Gerry attended when Liverpool played a fundraising pre-season match against Dunmanway in 2009, and he even saw a young Divock Origi get on the score-sheet, as he did 10 years later in the Champions League final. Let’s hope Gerry can make contact with Jack and arrange something similar with Sneem Santos FC!