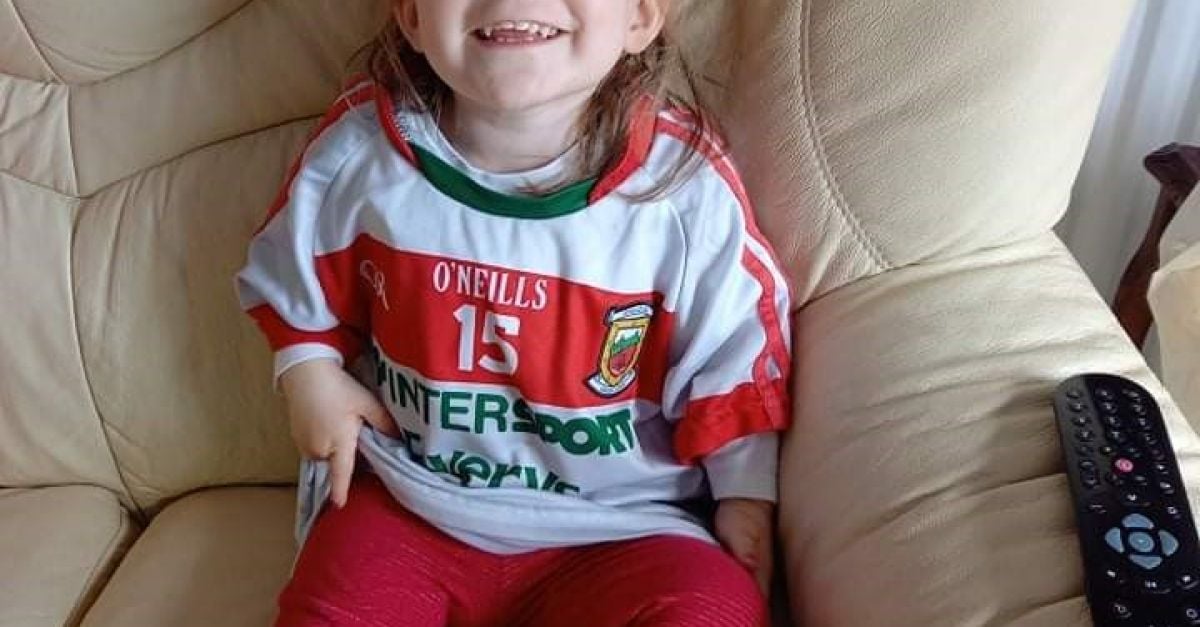 Just after 10 this morning, Aoife was taken from Swinford Health Centre, Co Mayo, in contravention of a court order.

Aoife is understood to be currently travelling with her parents, Paul Murphy, 33, and Kimberley Haynes, 34, in a Black Kia Sportage car – registration number KE21ENH.

Gardaí said they had serious concerns that there is an immediate and serious risk to the health or welfare of Aoife.

They believe that they are in Dublin city centre area at this time.

Aoife has fair coloured hair, and at the time she went missing, was wearing a pink body suit with a checked dress, cream tights, pink Dock Martin boots and an animal print jacket with a hood.

The jacket is very distinctive as it contains of a number of animal prints, including giraffes, zebras, monkeys and elephants.

Paul is described as being 5’6″ height with a slight build with shaved hair.

Kimberley is described as being 5’8″ height of slim build with long straight black hair.

Anyone with information is asked to contact gardaí on 999 or 112.

Please do not approach those involved, instead immediately contact 999/112 or your local Garda station providing as much information as possible.

A Portmagee man who was attacked while walking up his own driveway after a night out has said he is “100 per cent sure” who carried out the attack. Independent.ie – News …

University Hospital Kerry has said that nobody should visit the hospital’s general wards, unless there are exceptional circumstances at play. Independent.ie – News …