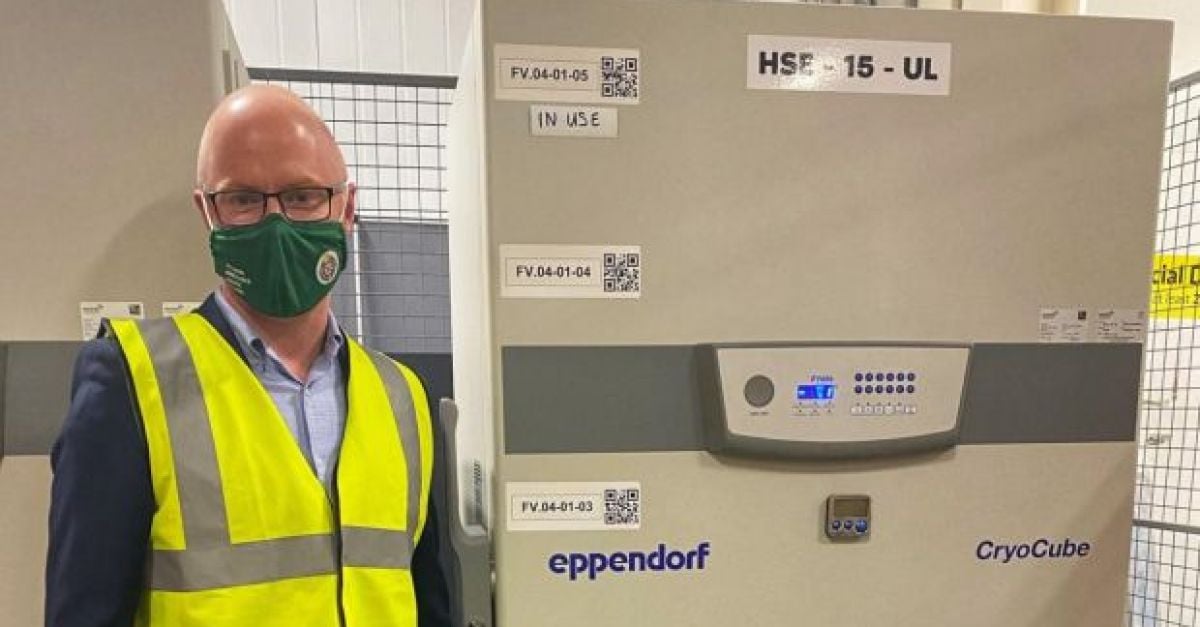 The first shipment of Covid-19 vaccines has arrived in the Republic of Ireland, with vaccination set to begin on December 30th.

Minister for Health Stephen Donnelly tweeted: “When is a fridge worth photographing? When it’s just had Ireland’s first #Covid vaccines put in it.”

Frontline healthcare workers and nursing home residents will be the first people to receive the vaccine.

When is a fridge worth photographing? When it’s just had Ireland’s first #Covid vaccines put in it 👍

The first doses have just arrived and many of them are sitting in that very, very cold fridge.

The Pfizer vaccine has to be kept at a temperature well below zero and it is being stored in special low-temperature freezers at the National Cold Chain Centre.

HSE director-general Paul Reid called it a ‘momentous day,’ as the Pfizer jab arrives in the country.

It comes after the Department of Health confirmed the new variant of Covid-19, first detected in the UK, is in Ireland.

1,025 new cases of the virus and 2 deaths were reported yesterday.

While UK arrivals are being urged to self-isolate for 14 days while a testing system can be set up.

Meanwhile, Taoiseach Micheál Martin has warned that it will take at least six months for some normality to return to life as vaccine roll-out progresses.

The European Union approved the Pfizer-BioNTech vaccine in December.

Nursing home residents are among the priority groups.

Mr Martin said that initial phase would make a “significant difference” and protect the most vulnerable.

He added: “Certainly manufacturing of the vaccine will be ramped up, certainly from March onwards.”

Mr Martin said May and June had been identified as “critical” months. 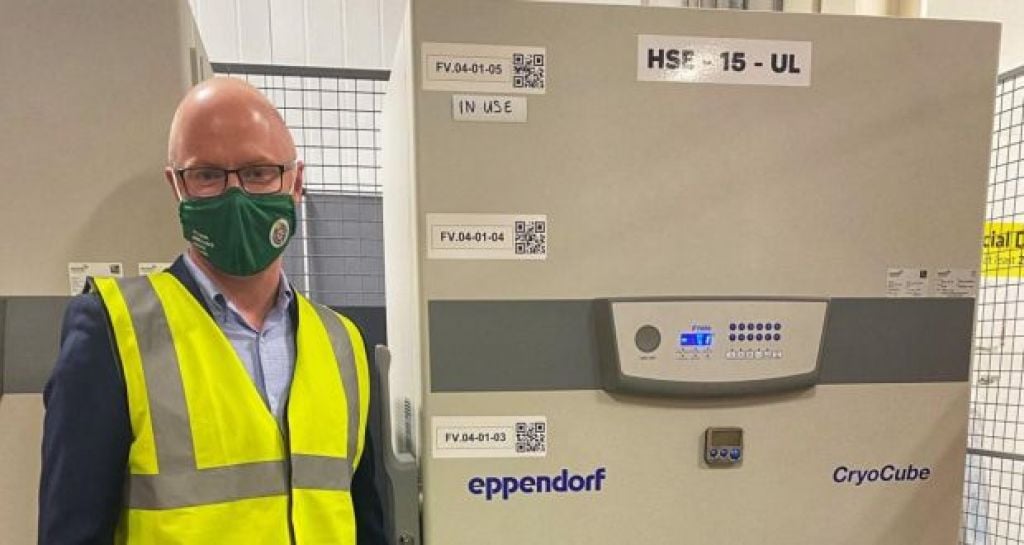