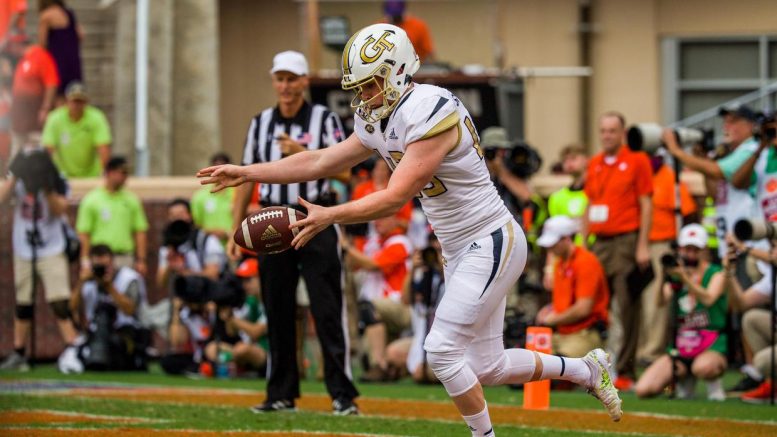 American football fans in Kerry will have a rare opportunity to catch Castleisland punter David Shanahan in action this Saturday on Sky Sports NFL when his Georgia Tech side travel to play one of the powerhouses in US college football, Notre Dame.

ince making his debut in September, the 20-year-old from College Road has featured in nine games for the ‘Yellow Jackets’.

David has punted 44 times, averaging 42.5 yards per punt. To date, Shanahan’s longest punt is 71 yards against Duke University in September. Shanahan’s total yards punted this season is 1,868. His busiest game came against Miami earlier this month when punting eight times for a total 299 yards.

When’s the best time to see David in the game?

As this could potentially be a difficult matchup for the Georgia Tech offence, chances are David could be called upon a lot in this game.

For those unfamiliar with American football – and who only wish to see David in action – stay tuned whenever Georgia Tech are in possession.

They will have four attempts in each possession to advance the ball 10 yards. This is called a ‘first down’. The longer Georgia Tech keep making first downs, the less need there is for David’s skills as a punter.

However, if Georgia Tech fail to reach 10 yards after a third down, they will usually take the option of either going for a field goal (if within range) or a punt. The latter is when we hope to see Castleisland’s David Shanahan attempt to punt the ball as deep as possible into the Notre Dame side of the field.