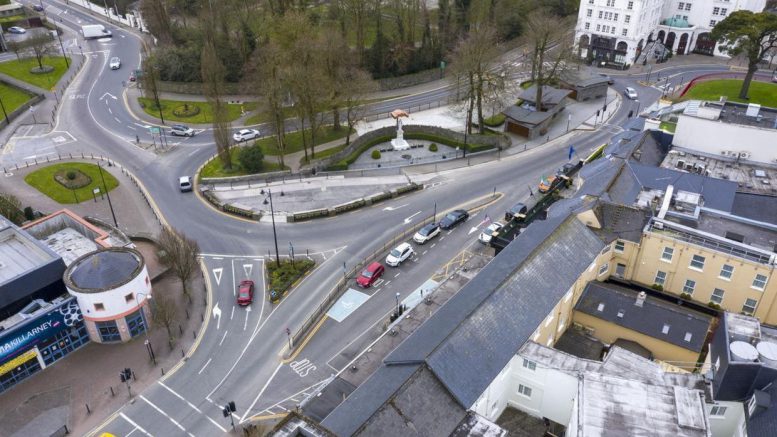 Killarney Municipal District Councillors have given the green light to an outdoor dining area at Kenmare Place.

Fáilte Ireland funding of €604,505 has been approved in principle for the project, which is part of a €9million national funding programme. The area in question is 620 square metres in size, of which 210 square metres are included in a covered dining area. A 0.7-metre-high boundary wall will run along the road edge, with glass screening in place. Two bus set-down bays will be located at East Avenue road, as well as two 15-minute parking set-down bays in front of Handy Stores. Half of its seating will be available for public use, while neighbouring businesses will use the rest of the seating.

A public notice of the plan was first published in The Kerryman in mid-July, and public consultation ran until September 1. Seven persons or bodies, including An Garda Síochána, lodged submissions.

In response to concerns raised during that phase, the local authority said it has developed additional parking facilities to address the removal of eight parking spaces for this project. A boundary wall will prevent busses from stopping at the location, the Council said, and delivery arrangements will be provided at College square. Bins will be available nearby, and the local authority has engaged with adjoining businesses on protocols for maintaining the area.

It was stressed during the meeting that the area will remain under Kerry County Council ownership and that seating for public use will be clearly marked. The meeting also heard that some €275,000 in outdoor infrastructure funding is being drawn down for other locations in the town, with an eye to carrying out works later in the year.

Work on the Kenmare Place project is to begin before the year’s end, with completion before the 2022 tourism season.