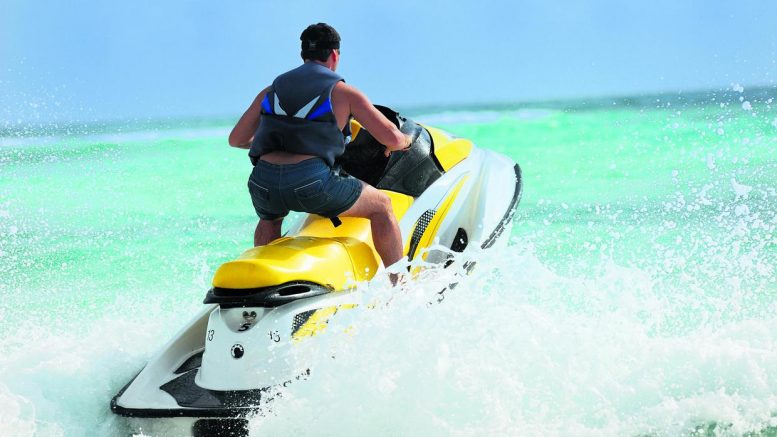 KERRY County Council says it is willing to arrange a public information campaign to advise the public on the use of jetskis following concerns about the dangers the machines can pose to swimmers were raised by the Fenit community.

he calls – led by the Fenit Town Hall community group – followed an incident in mid July when a young child who was swimming near the slipway at Kelly’s Beach in the village was nearly struck by one of the speeding craft.

As the young child was using a snorkle and had her face underwater she did not see the speeding jet-ski that was heading straight at her but her mother spotted the danger and leapt into the water, dragging the child out of the path of the jet-ski with only seconds to spare.

After incident the Fenit community called on Kerry County Council to introduce strict rules on the use of jet-skis at the local beaches.

The Town Hall Group said at the time that the community has no problem with jet-ski use in general, provided their users stick to deeper waters.

At last week’s monthly meeting of the Tralee Municipal District Council the matter was raised by Sinn Féin Cllr Cathal Foley who asked that the council “review and clearly publicise regulations regarding jet ski and other leisure craft usage at Fenit”.

In response management said that Kerry County Council had adopted Bye-Laws on the use of jetskis and other small power craft in 2007.

Management added that “the use of such craft in the County has recently increased, particularly since the start of the COVID restrictions, and to date this summer we have received queries about the issue from a number of areas in the County.

Due to the increase in jetski use and the concerns voiced by the public council management said that a public awareness campaign on the issue can be arranged to fully inform people of the rules governing the use of jetskis and other leisure craft at the county’s beaches.