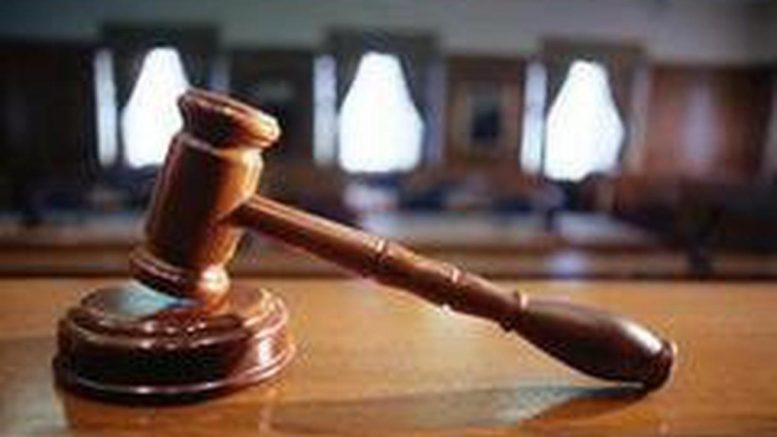 A Portmagee man who was attacked while walking up his own driveway after a night out has said he is “100 per cent sure” who carried out the attack.

earóid McGill of Ardcost told Cahersiveen District Court on Thursday that Patrick Joseph Moran (32) of Sussa, Emlaghmore, Ballinskelligs, carried out the assault, which comprised of up to 30 punches and seven or eight kicks while on the ground. Mr Moran was before the court charged with assault causing harm to Mr McGill on Easter Weekend, April 21, 2019. He pleaded not guilty to the incident.

Mr McGill told the court that he had been playing music in Valentia that night and had come back to Cahersiveen, where he had a few drinks before taking the bus home to Ardcost, Portmagee.

He said he was walking up his driveway when he saw something in the hedge. “Something jumped the wall and hit me,” Mr McGill said, adding that he fell to the ground but could see Mr Moran, whom he knows from the locality and who was ‘clearly visible’ due to the solar lights in the garden.

He told the court that he believed the incident was related to a separate incident from the previous night, when he had broke up a fight between his cousin and Mr Moran’s brother.

Mr McGill said he suffered a black eye, bruising to the ribs, and received five stitches as a result of the kicks and punches. He also said that he suffered a chipped tooth which he had to cap, but Mr Moran’s solicitor, Brendan Ahern, said this was not mentioned in the statement given to gardaí. Gardaí handed Judge David Waters a picture showing the injuries.

Under cross-examination, Mr McGill said he had several drinks but had not consumed too much alcohol as he had “heard stories he was going to be attacked”. He said that when he was first attacked, he thought it was his neighbour, but when he was on the ground and his attacker was over him that he could clearly see it was Mr Moran. He said he knew his attacker was wearing boots but not a hat. Mr Ahern asked Mr McGill was he sure it was Mr Moran, to which he said he was “100 per cent sure”. “But you are not sure if he was wearing a hat,” Mr Ahern replied.

The victim’s brother, Colm McGill, also gave evidence that he was at home when he heard Gearóid walking up the driveway. He then heard his name and ran out of the house, where he saw Gearóid on his knees. He said he heard footsteps going down the road, and he ran down after the noise – which then stopped – and he heard a jeep pulling away from the shop nearby.

Colm McGill told the court that he did not see who was there but did see a jeep and assumed the individual had got into the jeep but did not see who that person might be. “The steps stopped and the jeep started,” he said, adding that he returned to the house and, on the way, met his neighbour but did not think it was him.

He said that Mr McGill had given “unshakeable evidence” that it was Mr Patrick Joseph Moran. He convicted Mr Moran and said the aggravating factor was pre-mediation.

“He had to travel there to do it. He got into this car to lie in wait to do it,” the judge added.

The case has been adjourned for sentencing to December 9 to allow Mr McGill time to furnish the court with a victim-impact statement.