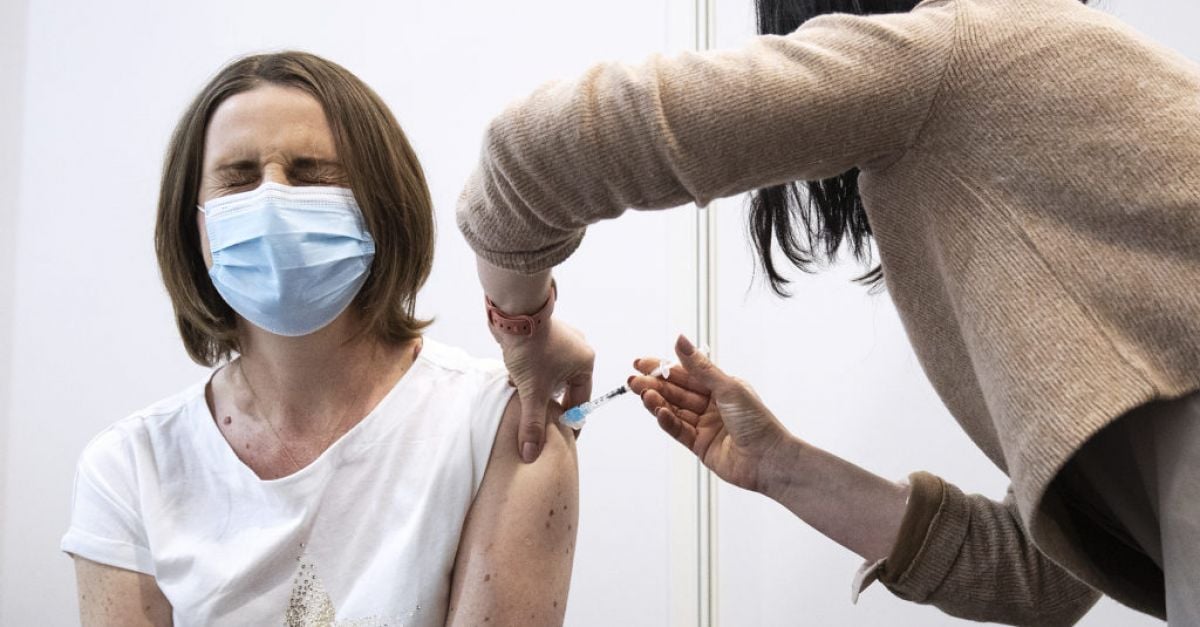 Almost 5,000 Covid-19 vaccines are being administered to doctors and practice nurses at mass vaccination centres across the country this weekend.

The HSE is hoping that the vast majority of them will have had at least their first dose of the vaccine over the next two days.

The Moderna and AstraZeneca vaccines are being given at centres in Dublin, Portlaoise and Galway, with 1,800 expected to receive their second dose.

It comes as Taoiseach Micheal Martin urged the public to keep their guard up and “protect the hard won progress as those vaccines are rolled out”.

Mr Martin said: “The recent spike in cases has pushed our frontline healthcare workers to the limit. But they have persevered.

“There is hope of better times to come. Cases are falling and vaccines are here.

“Over the next few months we must protect the hard won progress as those vaccines are rolled out, starting with our most vulnerable citizens.

Among those helping to administer vaccines at the Portlaoise centre was Defence Forces doctor, Captain Fiachra Lambe.

He told the PA news agency: “It’s really positive. Lots of relief, lots of happiness, lots of people saying that it gives them a bit of hope for the future. It’s a really nice thing to be involved in these days.

“It’s positive, it’s people seeing change in progress and seeing light at the end of the tunnel.”

Dr Lambe said the centre was running quickly and smoothly, and that lessons have been learned about the logistical approach from previous operations.

He said: “It’s been busy. But there’s been lots of good admin and logistics. I think everybody learned how things did and didn’t work from our last time out.

“Speaking to all the people coming through, there’s no time wasting. They’re not getting any time to sit down or wait around before they get a vaccine. It’s very productive, very slick.

“People have nominated times from their first dose. So the logistical operation has really improved.”

Six medical officers were deployed to the centres in Galway, Dublin and Laois to assist with the mass vaccination of GPs.

Another two were deployed to assist with vaccinations in nursing homes in Dublin and Kildare.

Tullamore GP Dr Marie Nangle was there to receive her second dose of the vaccine. She said the centre at Portlaoise was “very efficient and well run”.

She said: “It’s great, it’s really good to have it. I thought it was so efficient. I’m really grateful to everyone who organised it, it was really well run.

She added: “I didn’t actually have to wait around at all to receive my vaccine.

“We went into a cubicle with another health care professional and got the dose.

“Then there’s a waiting areas being provided by the National Ambulance Service. You wait a prescribed amount of time to make sure there’s no reactions. It was very quick, it was great.”

She said having the vaccine will make a huge difference to her work.

She said: “It’s that reassurance, that you’re kind of protected against it. It just makes things a lot easier.

“I know we still have to wear masks, because they’re a bit unsure about whether you can still transmit it or not.

“But you definitely feel a lot more confident, dealing with patients on a daily basis when you’ve been vaccinated.”

Dr Katye Gamble received her second dose of the vaccine and was also on hand to administer it to the public.

She said: “I think you feel far more reassured going into work yourself, when you’re dealing with patients face to face. It’s reassuring to know that you’re protected.

“I think the IT side of it, and the fact they had similar vaccinators to the last rollout in Portlaoise, the system was flawless today.

“It moved very, very quickly and smoothly and there were no waiting times, which was great for the patients.”

Regina Leonard, a care worker at St Michael’s House in Dublin, said she would now feel much more confident about going to work.

Pace of Ireland’s Covid-19 vaccine rollout to be a…

She said: “It means that I feel more confident and safer in myself, going into my work. I also look after my dad, who has dementia.

“After work I didn’t feel confident going in to him, but hopefully now I won’t be passing on anything. And it’s reassuring for my own safety as well.

“I just feel so grateful that I was given the opportunity to get it today.” 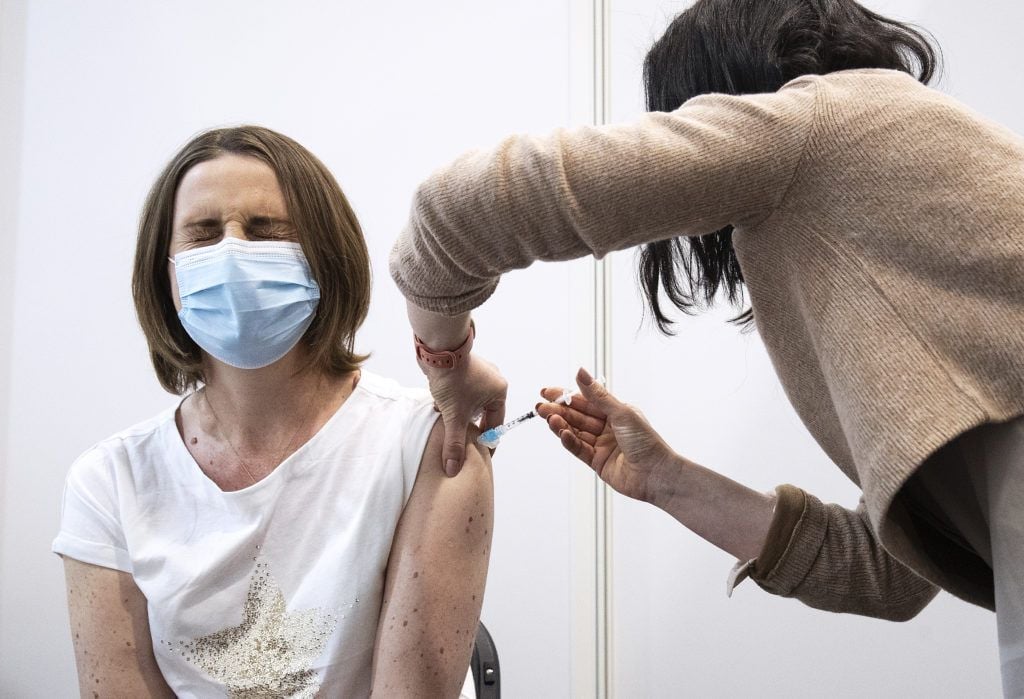